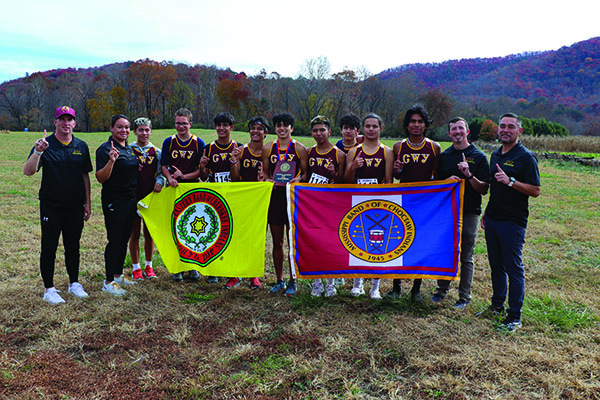 KITUWAH – The Cherokee High School (CHS) Braves cross country team won their second consecutive 1A West Regional title during a meet held at Kituwah on the morning of Saturday, Oct. 29.  With a score of 24, they outpaced second place finisher Christ the King Catholic School. 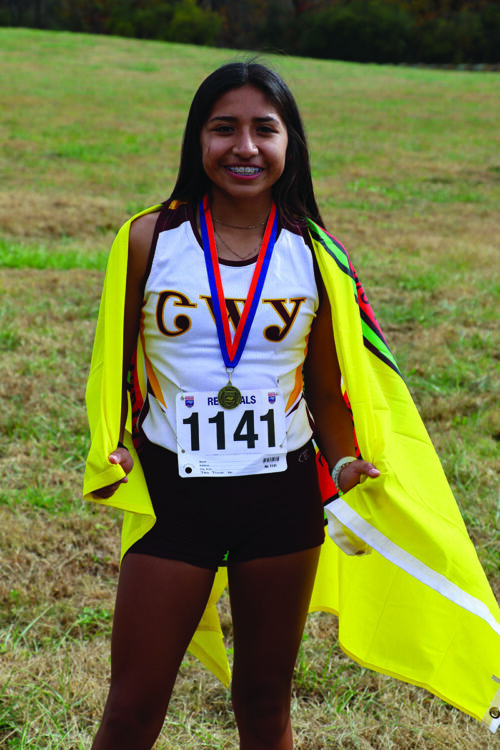 Dvdaya Swimmer, a freshman member of the CHS Lady Braves cross country team, won the girls race with a time of 18:52.88.

Dvdaya Swimmer, a freshman member of the CHS Lady Braves cross country team, won the girls race with a time of 18:52.88.

“We just got complete buy-in from the kids,” Ahli-sha Stephens, CHS head cross country coach, said of the team’s performance on Saturday.  “They set a goal last year and they’ve just been hungry for it all year. They’re dedicated. They work hard, and they just give it their all when they race. On race day, we talk about strategy, we talk about how we want to perform, and we just go out there and run. Afterwards, we discuss where they hit the wall, what we will do to get better. But, I think these kids are peaking at the right time. We kind of hold off on the speed work because we don’t want them to peak early. They’re peaking at the right time.”

Jaylan Bark led the Braves with a second place finishing time of 16:39.89.  “It was probably the most eventful race I’ve ever been in so far,” he said following the race.  “Really, my thoughts on the race were just, I don’t even know. I didn’t even have thoughts. I was just running until I saw Blake Nicholson and O’Malley Salinas come up next to me and that’s when I knew I had to push it more. It was really exciting. I got to work with O’Malley as we pushed forward past Blake and it was just an amazing race.”

Bark’s teammate, Tyce Hogner, took fourth place with a time of 16:51.09.  “I was really nervous going into it and just really wanted to get it over with and hopefully get first and that’s what we did. I was just super excited that I was able to stay where I was. I was trying to beat Blake Nicholson, but that’s ok because I helped our team. That’s all that really matters is getting our team and our seniors to state since it’s their last year and to hopefully win state this year.”

He said the team concept that the Braves have worked on since last year’s regional title season makes everyone stronger.  “It really helps push all of us at once. Just being able to look to the side and know that there’s someone that’s willing to help you if you have to slow down and being able to push you going forward. We’re able to balance it out by the end and get a good point.” 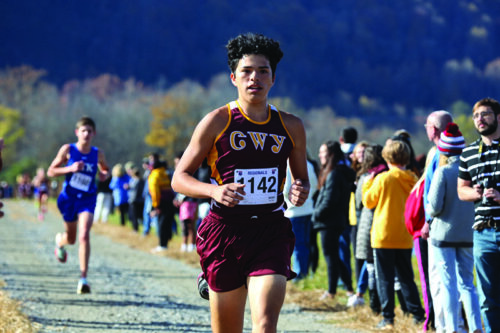 Jaylan Bark, CHS Braves, finished in second place with a time of 16:36.89. He led his team to their second consecutive regional title.

Coach Stephens agrees, “I think team chemistry is very important. It’s key to anything. These boys, half the team played soccer and even on game days, soccer games, they were coming out to practice before a soccer game. So, they have complete buy-in and they know they’re not going to let each other down. They work as brothers.”

Swimmer won the girls race by 34 seconds.  “I always think to get it over with and to look forward to something else that’s happening throughout the day today. When I finished, I felt good. I didn’t hit a wall anywhere. I think the coaches helped get us to that point where we can finish strong.”

When asked her thoughts on winning a regional title as a freshman, she answered, “I think it’s cool, but at the end of the day, I want to win state.”

The state meet is scheduled to be held on Saturday, Nov. 5 at Ivey M. Redmon Sports Complex in Kernersville, N.C.

Coach Stephens is readying her team for that challenge.  “We really stress hydration, nutrition, and rest because those three things factor into your training. If you don’t have those three things and make them important, all the work you do in training will regress. And, they know that. I think they’re much wiser than their age because they do that. They’re very strict on their diets. They’re getting their sleep and they’re following a pretty strict nutrition regimen. It’s all about, they have to do things on their own as well to be successful.”

Bark said of the upcoming state meet, “The next step we’re just really going to have to focus in on our last race. Some of us seniors, this will be our last year to really push ourselves. Hopefully it’ll open a new way for new runners to come run, a new sport that people could do.”

The top four teams in each division qualify for the state meet.  Then, the top seven finishers not affiliated with one of those teams also qualify.

Following are the results, per nc.milesplit.com, showing the top seven finishers and all CHS finishers: 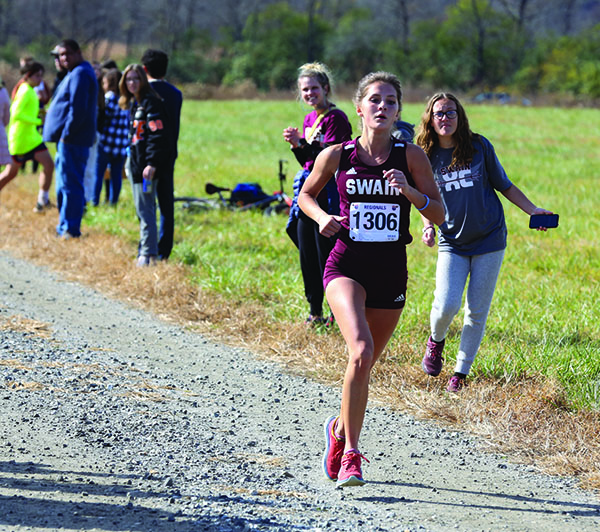 Amaya Hicks, Swain Co. Lady Maroon Devils, finished fourth in the girls race with a time of 19:31.12. She led her team to their second consecutive regional title.