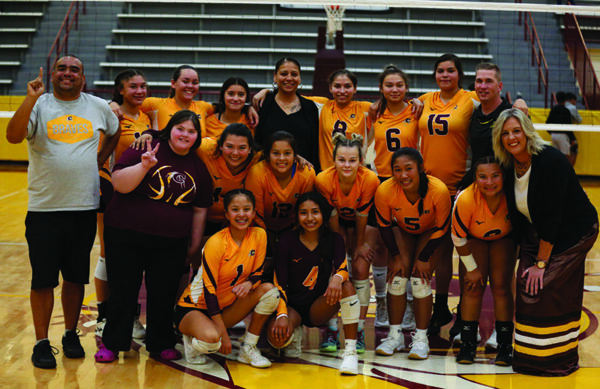 CHEROKEE, N.C. – The Charles George Memorial Arena exploded as a Mountain Heritage ball sailed out of bounds giving the Cherokee Lady Braves a win in the first round of the 1A West volleyball playoffs.  With the 3-0 win over the Lady Cougars on Saturday, Oct. 22, Cherokee advanced to the second round and also clinched its first playoff win in volleyball in school history. 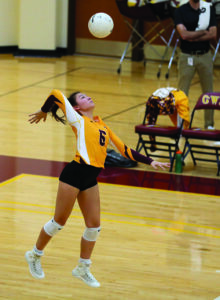 “I’m super proud of these ladies and what they’ve done and how they represent this team, this school, and the community,” an emotional Pam Bryant, Lady Braves head volleyball coach, said immediately following the historic win. “They come out every single day fighting because this is what they love. The biggest thing I can say is that they’ve earned this and they deserve every single bit of it.”

She added, “It’s huge. When you do something for the very first time, it’s always special. But, it’s special when you have a group of ladies who, like I said, they’ve earned this, they deserve this, they’ve worked for this and it’s their moment.”

When asked about the historic nature of the win, Coach Bryant commented, “For a team that was 0-14 just two years ago, for them now to have the most wins and a first-time state playoff game, like I said, it’s their moment.” 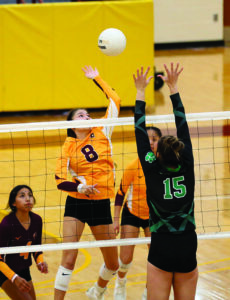 The Lady Braves swept the match 3-0 on game scores of 25-16, 25-23, and 25-14.  The first game started out evenly with both teams swapping points.  Cherokee had an early, small lead, but Mountain Heritage tied it up at 11-11.  Then, Lady Braves’ Alexis Davis came up to serve.  Her jump serve proved hard for the Lady Cougars to handle, and she served seven in a row, backed up by solid play from the rest of the team, and the Lady Braves took the first game 25-16.

Game two was a back-and-forth affair.  Mountain Heritage took a 5-3 lead, then extended it to 11-5.  Cherokee’s Julia Layno came up to serve, and the Lady Braves got fired up and tied the match at 11-11.  Davis came in to serve again with the game at 18-15 in favor of Cherokee, and the Lady Braves extended that lead to 24-19.  Mountain Heritage got four points in a row to make it 24-23, but Davis got a kill on a nice set from Creedon Arch to end the game at 25-23.

The Lady Cougars came out gunning in the third game taking an early 4-0 lead.  But, the Lady Braves roared back and went on a 7-2 run to take the lead at 7-6 – a lead they would not relinquish en route to the 25-14 win.

Cherokee is set to travel to Mountain Island Charter for the second round of the playoffs on Tuesday, Oct. 25.  A game time has not been set as of press time. 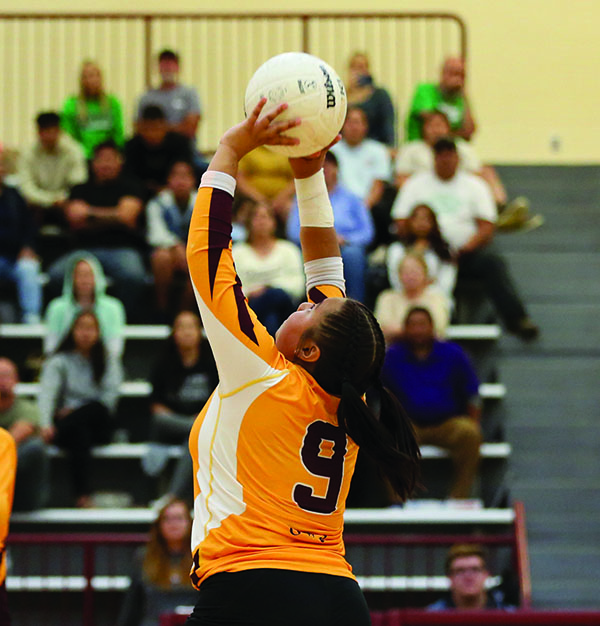 Eyes fixed on the ball, Cherokee’s Creedon Arch shows good form on a set during the match.