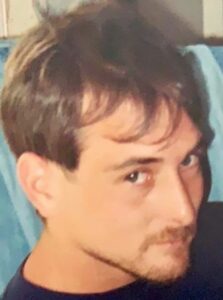 BLACK MOUNTAIN – Travis Shane Cable, 45, entered into his Heavenly home of peace and solace on Wednesday, May 20, 2020.

Shane was born in the fall season of Oct. 16, 1974. He was a native of Buncombe County and had resided in several areas across western North Carolina before making his home in Black Mountain for the past three years.  Shane had been employed with several tree service companies and was also a self-employed tree trimmer and climber. He enjoyed hunting and fishing among the mountains where he was born and raised and also spent many hours digging for ginseng.  The time that Shane spent with his friends were always happy times throughout his life and were wonderful memories that he cherished.

His beautiful daughter, Cheyenne, was the light of his life and his heart was filled with pride and joy as he watched her excel in playing fast-pitch softball, basketball, and also horseback riding. We give thanks for Shane’s life and will treasure always the great love that he had for his family.

Left to hold his memory close in their hearts are his mother, Mona Ammons of Murphy; his father, Herve Cable and his wife, Tanya of Bakersville; his beloved daughter, Cheyenne Cable of Weaverville; a sister, Lisa Goldsmith and Russell of Hot Springs and Angela Thornton and William of Tennessee; brothers, Roger Cable and Kim of Marion and Heath Ammons of Asheville; many nieces and nephews.

A private family gathering to honor the life of Shane will be held at Crawford / Ray Funeral Home and Cremation Service in Canton.

In lieu of flowers, memorials may be made to North Buncombe High School, The Girls Softball Program, 890 Clarks Chapel Road, Weaverville, NC 28787.

Crawford / Ray Funeral Home and Cremation Service is honored to be caring for the Cable family and words of comfort may be shared at www.CrawfordRay.com