PARRIS ISLAND, S.C. – PFC William J.E. Paul, a member of the Eastern Band of Cherokee Indians, graduated from Marine Corps Boot Camp at Parris Island on May 8.  During his Recruit Training, he took on the collateral duty as a squad leader and then soon after, was promoted to platoon guide which earned him a Meritorious Promotion to Private First Class. 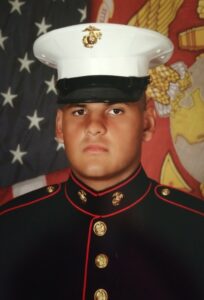 Due to precautions surrounding COVID-19, PFC Paul and other new Marines did not celebrate by spending time with family. Instead, they were transported directly to Camp Geiger in Jacksonville, N.C. where they will attend the School of Infantry and Marine Combat Training.

PFC Paul raised his right hand and repeated the Oath of Enlistment to join the United States Marine Corps on Feb. 10 reciting:

PFC Paul is the son of William and Florence Paul. 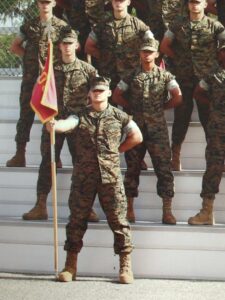 His family said in a statement, “A big thank you goes out to those who supported Will in his preparation for this journey: friends, family, parents, coaches, and teachers from the communities of Cherokee and Swain County.  A special thank you goes to the Steve Youngdeer American Legion Post 143, the Ladies Auxiliary, and the Veterans of Foreign Wars Post 8013.  Veterans of these organizations have always been positive role models for William.”