By DAVID BELCHER and DON TOMAS

As you head to your polling places for the North Carolina primary election Tuesday, March 15, an issue of major importance for the future of Western Carolina University and Southwestern Community College will be on the ballot alongside nominees for the U.S. presidency and other elected offices.

You also will have the opportunity to approve $117.17 million in funding for your local institutions of higher education through a statewide $2 billion bond package that would finance major projects for the University of North Carolina system, community colleges, state parks, agriculture, the National Guard, and water and sewer infrastructure. 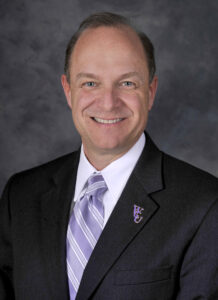 Of that $2 billion total, $980 million is designated for the 17 institutions of the UNC system for new construction and renovation projects that would provide state-of-the-art science, technology, engineering and math (STEM) facilities on campuses across North Carolina. We believe that these investments are necessary to ensure that North Carolina can compete for the best jobs of the future.

Approval of the bond package would mean $110 million for replacement of WCU’s obsolete Natural Sciences Building, which was built in the 1970s and is as threadbare as the bell-bottoms some of us wore then. But the building is more than merely out-of-fashion and outdated; it impedes the process of teaching and learning science in the 21st century. 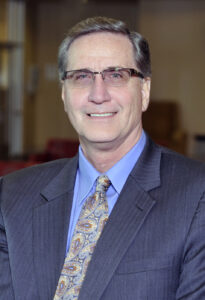 For our community colleges, passage of the bond issue would generate more than $350 million in new construction and renovation projects that will equip these institutions to meet the demands of a 21st-century workforce. With this historic investment in our community colleges, every county and area of North Carolina would directly and indirectly benefit from the passage of the bond.

Locally, $7.17 million would go to SCC to assist with a variety of projects called for by the college’s recently approved master plan, including repair, renovation and new construction of facilities for students and professionals in the health sciences, STEM programs, public safety and workforce innovation. Sixty-seven percent of the buildings on SCC’s Jackson campus were built more than 30 years ago, and enrollment has grown by nearly 58 percent since 1987.

Here in Western North Carolina as well as across the state, the bulk of higher education projects that would be funded by issuance of the bonds are related to helping public universities and colleges meet ever-growing workforce demands in health care, high-tech manufacturing and natural products development. Each of these fields represents significant economic development growth potential for the region and the state.

In addition, passage of the bond would have an incredible and immediate impact on the economy of local communities as construction crews get to work on the repair, renovation and construction projects at our colleges and universities, as well other infrastructure projects across North Carolina.

Think about the local economic impact that would result from the injection of $117.17 million here in Jackson, Macon, Swain and surrounding counties and the Qualla Boundary from bond funding for WCU and SCC alone!

This bond package has strong bipartisan support from both sides of the legislative aisle, and passage of the bond will not require any additional tax burden for North Carolinians. Because of historically low interest rates and the retirement of existing debt, issuance of new bonds will not increase the total tax-supported debt in the state beyond what it is today.

For years, we have heard the lament that WNC never gets its “fair share” from Raleigh or Washington. In the case of this bond referendum, WCU has the single largest project among the many that would be funded, and SCC would receive the largest amount of funding among all the region’s community colleges –  and one of the largest for community colleges statewide.

We hope that, come March 15, you will vote “yes” in this bond referendum. A vote “yes” is a vote for the good of the students of Southwestern Community College and Western Carolina University. After all, the community’s students are SCC’s students, and many SCC students become WCU’s students. The bond package is a wise investment that would pay dividends for years to come for our students, our communities and our region.