On Friday, Sept. 24 at 6:30pm, they will be hosting a “Night with Natives” event, in which there will be several Native American Powwow dancers demonstrating and discussing some of the important aspects of Native culture.

On Saturday, Sept. 25, NASA and the Native performers will be participating in the traditional University Vol Walk and Band March, prior to the University of Tennessee vs University of Alabama – Birmingham football game. In addition to the pre-game celebrations, NASA will be collaborating with the University “Pride of the Southland” Marching Band to perform the Halftime show of the football game. The performance will include Native American Powwow dancers representing the Cherokee, Choctaw, and Seminole tribes.

The band will be playing the “Morning Song” written by Walela, followed by the performance of the Awohali drum group and the Native American Dancers. The Band will then conclude the show by playing the theme song from the movie Dances with Wolves.

Kimberly is the president of the Native American Student Association at the University of Tennessee in Knoxville. 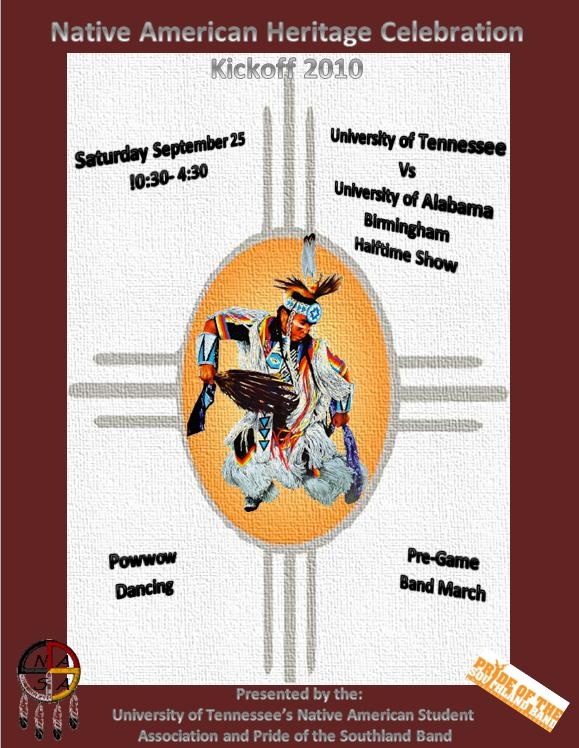