Get Ready for Lady Bug Season 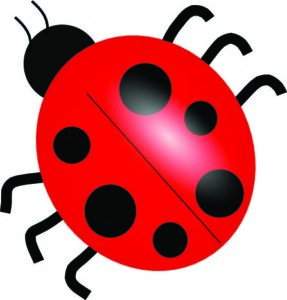 Soon as the evening temperatures drop, the annual ladybug invasion will begin in Cherokee. The official name of this unwanted house-guest is the Multi-Colored Asian Lady Beetle. The first report of this species in Western North Carolina was in 1992. It was brought to the U.S. accidentally aboard ships into New Orleans & Seattle. It was also introduced from its home in Russia, Japan and Korea as a natural predator to control insect pests in trees into many parts of the country.

They cluster together in and on our homes and building looking for sheltered places to spend the winter. Lady beetles can be found under things like shingles, landscape timbers, house-siding and leaf-litter. If they sense a crack or crevice in a building they will slip in and that’s how they usually end up in our homes.

Prevention is the most effective way to battle the invasion. Seal, caulk and screen windows, cracks and small openings throughout the house. Install screening over vents and replace damaged door and window screens. Install tight fitting door sweeps, even around garage doors.

Insecticides are not recommended if they get indoors. It is just as easy to vacuum them up and dump the bugs in a bucket of soapy water. Light traps can be built, or purchased, that are very effective at catching beetles indoors. Plans and instructions are available at the EBCI Extension office at 876 Acquoni Road.

Inevitably the autumn afternoon skies will buzz with thousands of lady beetles. Now is the time to get ready for the lady bug invasion.