Jordan Arkansas, a Cherokee Braves senior and a member of the Eastern Band of Cherokee Indians, will be continuing his basketball journey in the Lone Star State.  During a ceremony at the Charles George Memorial Arena on the afternoon of Monday, May 23, he signed a letter of intent to play for the Concordia University Texas (Austin, Texas) Tornados next year. 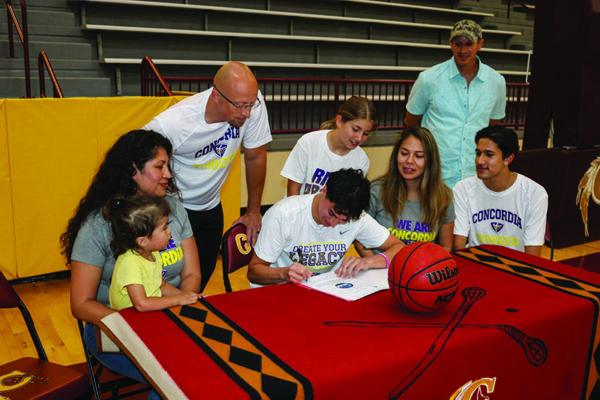 Jordan Arkansas, a Cherokee Braves senior and a member of the Eastern Band of Cherokee Indians, signs a letter of intent during a ceremony at the Charles George Memorial Arena on the afternoon of Monday, May 23 to play basketball at Concordia University Texas. (SCOTT MCKIE B.P./One Feather photos)

When asked what he is looking forward to most about playing at the collegiate level, he said, “The competition – there’s all talent, everywhere.  I love that.”

“I’d like to thank my coaches, mom and dad for sure, and my AAU coaches,” Arkansas added.

Craig Barker, Cherokee High School (CHS) assistant principal, started Monday’s event saying, “It is truly a special day today. Jordan is a model young man. I appreciate everything he’s done for our high school here, our community. Looking forward to the next stage of his life and the great things he’s going to do in the next four years. We wish you luck. We love you. We’re always here for you and we’re very proud of you.”

He praised Arkansas adding, “To his family, he is a phenomenal young man.  You all have done a great job.”

Aaron Hogner, CHS varsity head basketball coach, said, “He is a great kid. I had the privilege of working with him as a young guy and the last three years as a varsity basketball player. He has set the bar. I’ve only had a few guys who are consistently coming in at 6 a.m. and doing a lot of extra stuff. He’s one of the guys that’s continuing to raise that bar.”

He then challenged Arkansas to continue excelling.  “You’ve got some weight on your shoulders. We’ve only had two guys in the last 15 years that I know of who have played four years of college basketball. Continue to set that example for these young guys.”

Tariq Underwood, a former teammate, said, “This is my brother who, at one time, I got to play with. He taught me a lot. He pushed me at practice. He made me more of a player than I wanted to be. And, he just pushed me to be the best man, not only on the court but off the court, too.” 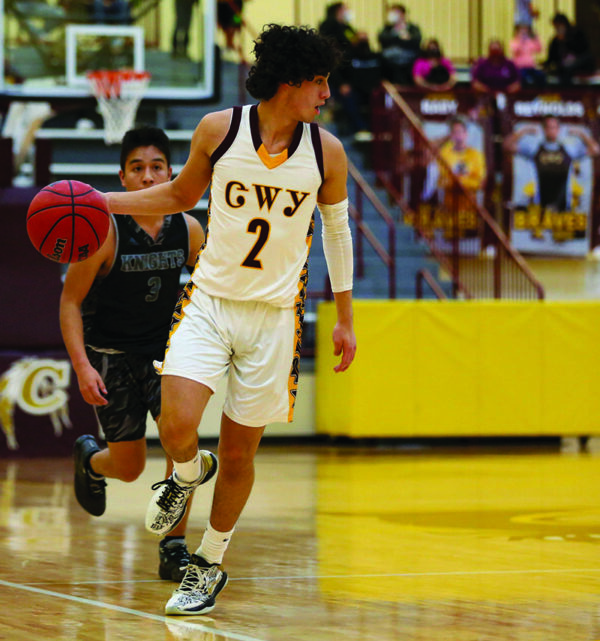 Arkansas (#2) brings the ball up court during a home game against Robbinsville on Jan. 13 at the Charles George Memorial Arena.

Steven Arkansas, Jordan’s father, said, “I’m excited for him. I’m glad he’s chasing the dream, going to play some more ball and go to school. I think he’ll do really well. I’m excited for him and I’m proud of him. He’s done real well.”

He added, “He always competed. Every time he got on the court, he just loved to win and played so hard. That’s what I liked about watching him was that he played to win.”

Jama Anders, CHS strength and conditioning coach and Jordan’s step-father, commented, “We’re super excited for him. It was very motivating for him when he got the call, got to talk to the coach, and find out that he’s going to go to the next level because that’s what he’s been working for. He’s shooting every day, coming to all the 6 a.m.s (workouts). It’s an exciting time for all of us.”

Arkansas was named honorable mention All-Smoky Mountain Conference following his senior year, and he was named to play in the 1A Midwest vs West All-Star Game. 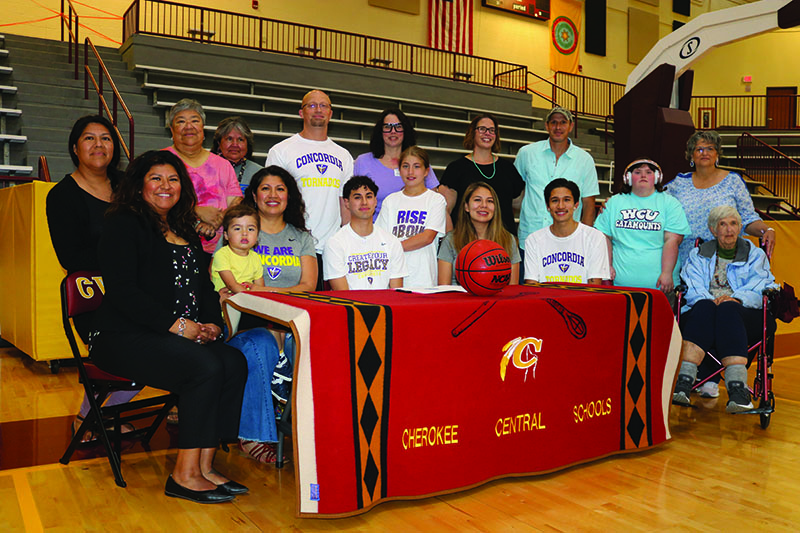 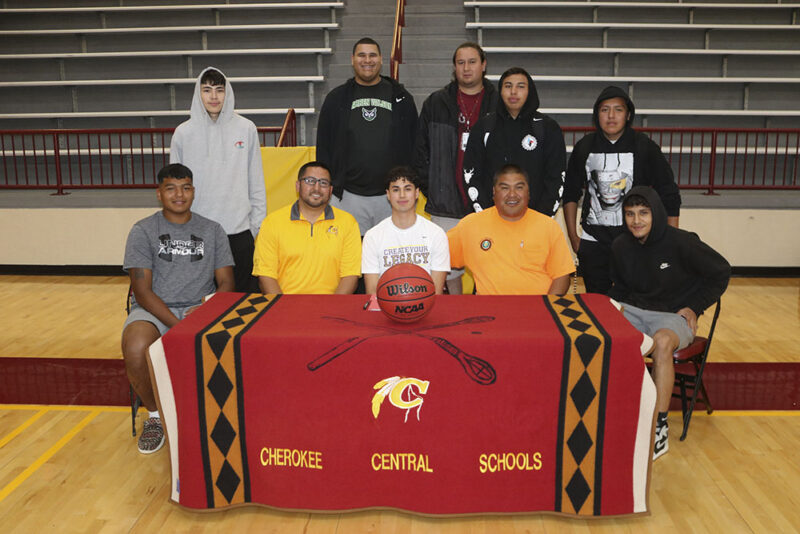