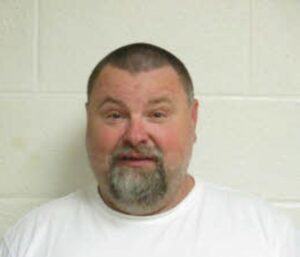 A convicted sex offender who hung out at the Macon County Recreation Park learned that ignoring the law is not a persuasive legal argument, District Attorney Ashley Hornsby Welch said.

He went twice on July 4, 2019, to the recreation park near Franklin on Georgia Road (U.S. 441 south).
A GPS tracking unit alerted a probation and parole officer to the violation. He, in turn, notified Macon County deputies.

Picklesimer was convicted previously, in May 2012, in Rabun County, Ga. on two counts child molestation. He served six years in prison, moving to Macon County in November, 2018 and registering as a sex offender with the state of North Carolina.

One of the restrictions on convicted sex offenders in North Carolina is they are not allowed on property where children frequently congregate, such as recreation parks. Picklesimer initialed his understanding of that requirement when he signed the state’s offender registration form.

He also signed an additional form acknowledging Macon County has a specific local ordinance that prohibits sex offenders at the recreation park.

“There’s no excuse for Mr. Picklesimer’s pretense that he did not understand the law, and jury members required just 30 minutes of deliberation to render their guilty verdicts,” the district attorney said.
Chief Resident Superior Court Judge Bill Coward sentenced Picklesimer to serve in prison 8-19 months, consecutively, for each of the two counts, the maximum time allowed under the state’s structured sentencing law.

Additionally, because this North Carolina conviction violates the conditions of Picklesimer’s parole from prison in Georgia, he will serve the remaining 14 years of his 20-year sentence in that state.