Aria Foerst, a senior at Cherokee High School, will continue her volleyball career next year at Ferrum College.  She signed a letter of intent during an event at the Charles George Memorial Arena on the morning of Monday, March 14. 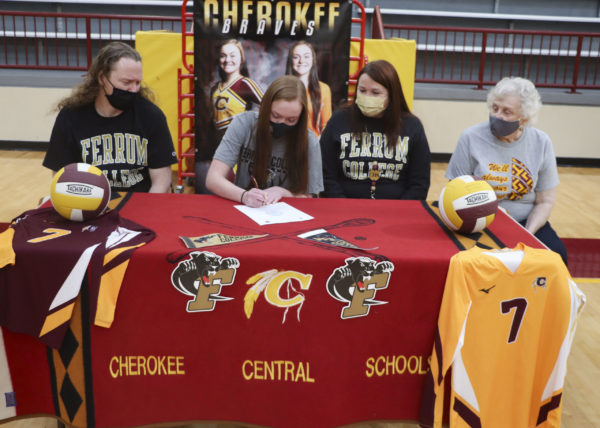 “I just want to really thank everyone who has supported me – everyone in here right now. Thank you, Pam (Coach Bryant). Thank you so much,” she said.  “It feels surreal. It feels like I’ve worked really hard for this and that it’s finally paying off. I really think that working hard and dedication can really put you out there. I started playing volleyball in seventh grade and I am continuing that into college. It’s been my dream since I was watching my sister play high school volleyball. I’ve always wanted to play at the next level and keep getting better not only as a student athlete, but also as a person in life.”

Aria is going to study nursing at Ferrum with her sights set on her RN certification and BSN degree.

Her mother, Dr. Debora Foerst, commented, “It is exciting. It’s something she’s worked toward since probably middle school age. It’s just something that she’s committed to over the past several years with travel volleyball. I mean, we’re year-round volleyball. Right now, she’s playing school soccer and doing school track and field, but she’s still doing travel volleyball every other weekend. It has been a big commitment because we’re in Asheville two to three days a week and traveling, like I said, every other weekend.”

She added, “She loves it.  It’s what she loves.  And, realizing that dream is pretty exciting.  Farrum has a really, really good nursing program…they’re very welcoming and excited to have her and are just a wonderful new program there.  I think it’s a right fit for her.”

Pam Bryant, Lady Braves head volleyball coach, said of Aria’s signing, “It’s exciting.  I’m super-excited for her because I know what’s about to come at that next level for her, and she has worked so hard for this.  It’s been a dream of hers.  It has been a goal of hers.  She’s put the work in, and it’s great for her to be able to do this – to represent Cherokee volleyball, to show other girls on this team that this is possible, that it can be done.  It’s an honor to have been able to have coached her and just to be able to see her live out her dream is amazing.”

Coach Bryant played collegiately at N.C. State University where she was an All-ACC outside hitter.  When asked what lies ahead for Aria at the next level, she noted.  “It now becomes a job, honestly.  It now becomes ‘this is your life’.  Absolutely, academics will be the main priority.  It’s just a higher standard, obviously.  But, the rigor of the day-to-day scheduling and just what’s expected of a student athlete at the collegiate level is just a different aspect that, for a lot of kids, is hard to grasp.” 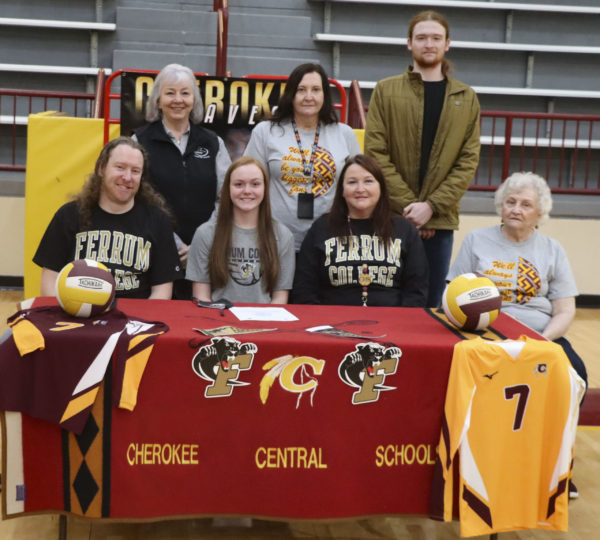 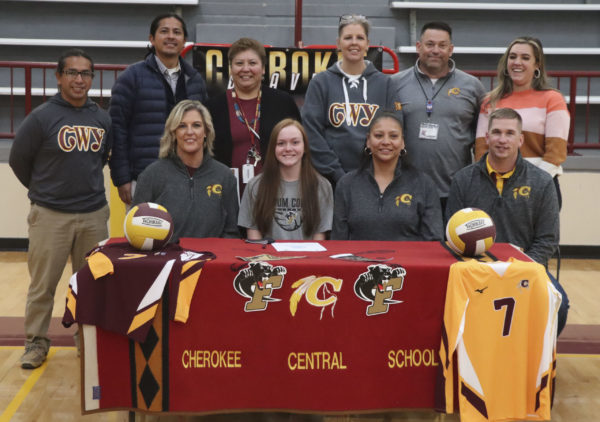 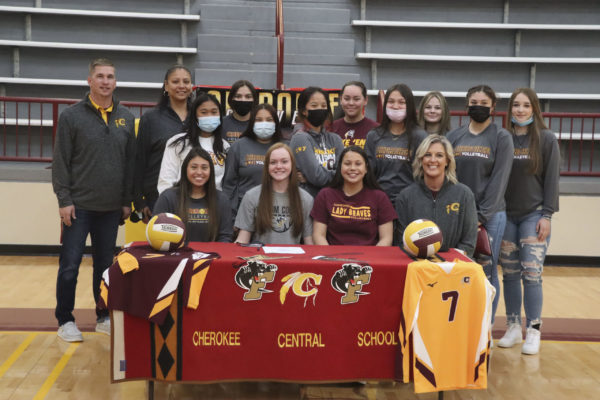