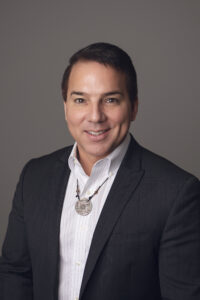 Tis the season when politicians of all stripes make desperate promises to get votes, but the pandering has reached new levels with the embrace of legislation to extend federal recognition to the Lumbee in North Carolina. The Lumbee have failed to attain federal acknowledgment as a tribe for over a century for good reason – they fail to meet the standards for federal recognition at every level. Despite false claims of association with four different tribes over the years, they have no language, no provable connection with any historic tribe and have opposed measures to genealogically verify Native ancestry of the group of people they call “members.” Yet, they’ve continued to cloak themselves in tribal identities that don’t belong to them, including Cherokee, and appropriated cultural practices from other tribes to seem more ‘Indian.’

It’s time to put an end to this charade. History and facts must guide the process, not politics. The purpose of federal recognition is to empower authentic Native peoples to protect and preserve their culture and identity, not to grant federal endorsement to large-scale cultural identity theft. Doing so would open the floodgates for hundreds of other groups of people claiming to be tribes to follow the same corrupt political path blazed by the Lumbee.

Before the Congress spends a billion dollars to allow the Lumbee to circumvent the federal acknowledgment process at the Department of the Interior, it should listen to the voices of legitimate tribes that understand these issues.