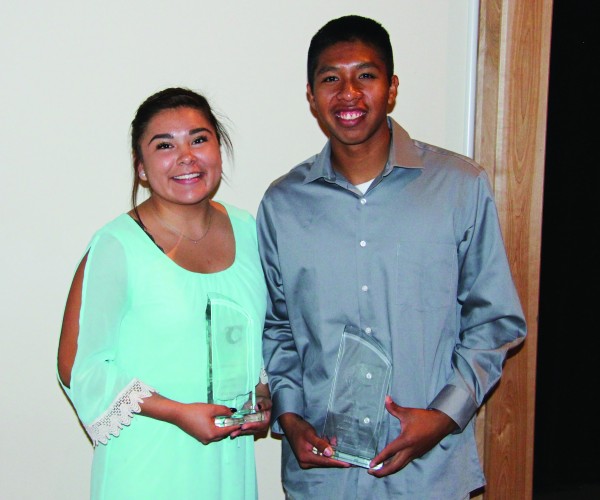 Cherokee seniors Jason McMillan and Bree Stamper took top honors at the annual Cherokee High School Athletic Awards Banquet held at the Chief Joyce Dugan Cultural Arts Center on Tuesday, May 24.  McMillan, a three-sport standout who is on his way to Western Carolina University to play basketball and baseball, was named the James “Hogeye” Taylor Memorial Male Athlete of the Year, and Stamper, a leader on the Lady Braves basketball team, was named the Bertha Saunooke Memorial Female Athlete of the Year.

She added, “To the players, we appreciate the effort you’ve put in this year.  We’ve had some remarkable seasons.”

In addition to the two athlete of the year awards given, the following major awards were distributed: 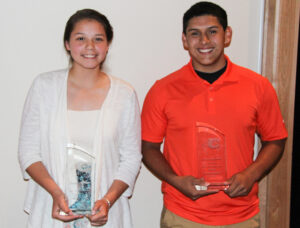 Coaches gave out most valuable player and coaches awards in individual sports as follows: 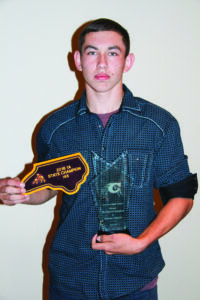 Anthony Toineeta, 145lb. state 1A wrestling champion this season, received a patch commemorating his accomplishment along with the Champion Award. He was also named MVP of the Varsity Wrestling Team.

To view or purchase photos from this event, visit: https://onefeather.smugmug.com/SPORTS/Cherokee-High-School-2016/