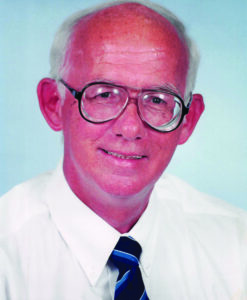 Charles Regan “Chuck” Brogan Jr., 73, of Whittier, went to be with the Lord on Tuesday, May 17 after a very courageous and long battle with cancer. He was born April 6, 1943 in Midland, Pa.

Chuck was a graduate of St. Petersburg Junior College, St. Petersburg, Fla. in psychology. He did drug counseling in St. Petersburg and led divorced, separated and widowed Catholic groups in the St. Petersburg area for several years. He worked for Sears for 13 years in Florida before moving permanently in 1979 to the Smoky Mountains that he’d loved since his teenage years. In Whittier, he co-owned with his wife Mary, the Misty Mountain Motel, Brer Rabbit Nursery School, and had the franchise for Lincoln Log Homes. In 1984, he went to work for Eckerd Drugs for 13 years. Chuck finished out his work career from 1997-08 retiring from Harrah’s Cherokee Casino after 11 years.

Chuck was a family man who loved all his children, loved traveling, and fixing anything broken. In recent years, he loved his Bible Studies at Our Lady of Guadalupe Catholic Church.

He was preceded in death by his father, Charles Brogan Sr. and his mother, Mabel Brogan.

Memorial may be made to St. Jude’s Children’s Hospital or to your favorite charity