Rascal Flats, Man in the Mirror to play Harrah’s Cherokee

Country group Rascal Flats and Man in the Mirror, a Tribute to the King of Pop, are set to play Harrah’s Cherokee Event Center this spring.  Man in the Mirror will perform on Saturday, April 30 at 7:30pm and Rascal Flats is scheduled for Friday, May 27 at 9pm.  Tickets for both events go on sale on Friday, Feb. 5 at www.Ticketmaster.com or 1-800-745-3000. 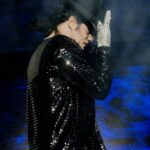 If seeing is believing, then you’ll be a believer. Direct from Las Vegas, Man In the Mirror captures the essence of a Michael Jackson concert complete with dancers and special effects. Man in the Mirror takes the audience through all the greatest hits of Michael Jackson. From the days of the Jackson 5, through some of Michael’s last songs. 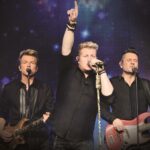 Since their musical debut in 2000, the band has sold over 22.5 million albums, 28 million digital downloads and delivered 15 #1 singles to the top of the charts. Rascal Flatts is the most awarded Country group of the past decade, earning over 40 trophies from the ACAs, ACMs, AMAs, CMAs, People’s Choice Awards and more. As one of the hottest-selling acts on tour in any genre, they’ve sold over 7 million concert tickets, and counting.