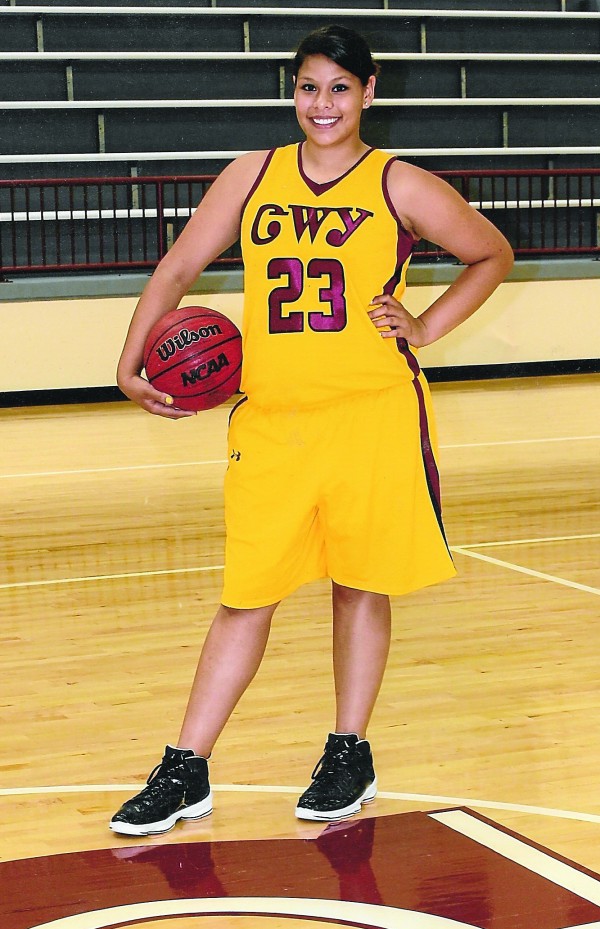 A basketball skills camp is set for June 1-2 at Cherokee High School that will benefit the Tahnee Arkansas Memorial Children’s Fund. (Photo courtesy of Michelle Bradley)

Children will get to learn many basketball skills at a camp this summer named in memory of a former Lady Brave.  The camp, for children ages 3-12, is scheduled for June 1-2 at Cherokee High School and will benefit the Tahnee Arkansas Memorial Children’s Fund.

“It is a non-profit organization that will raise money for the Christmas Children’s Store with the Tribal Family Services,” Michelle Bradley, Arkansas’ mother, said of the Children’s Fund.  “We will do different fundraisers throughout the year in her honor.”

Early registration for the camp will be from May 1-11 and cost $25.  Later registration will be from May 12-22 and cost $35.  All who attend the camp will receive a t-shirt, and all other proceeds will go directly to the Children’s Fund.  Space is limited, and only the first 20 children will be accepted into each age group.  The age groups are as follows:  3-6 (coached by Chelsea Taylor Saunooke), 7-9 (coached by Sean Ross), and 10-12 (coached by Chris Mintz and the varsity Lady Braves).

Arkansas, who died tragically in a car accident last June, lettered in basketball at Cherokee in her freshman season and went on to play four years.  In her senior season, she was invited to the Blue-White All-Star game.  Arkansas graduated from Cherokee in 2010.

Bradley said the idea for the basketball camp came from Chelsea Taylor Saunooke, a friend of Arkansas’ who played adult league basketball with her.  “She (Chelsea) knew how much Tahnee loved basketball, and to do something involving basketball and the kids just made sense,” said Bradley.

“We’ll have yearly activities so we can donate annually for the Christmas Children’s Store,” Bradley noted.  “We would also like to sponsor children for their school supplies at the beginning of the year.”

The Children’s Fund monies are kept at Mountain Federal Credit Union, and any donations to the Fund are tax-deductible.

Follow this link for an online registration form for the camp: https://fs22.formsite.com/Tahneescamp1/form1/index.html