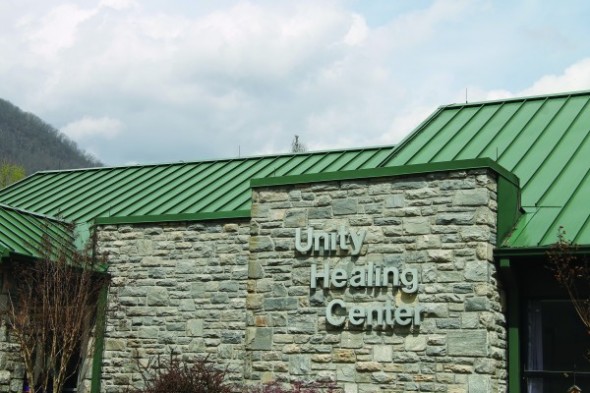 The Unity Healing Center sits quietly atop a hill in the Yellowhill Community in Cherokee as it has for more than two decades.  The Center celebrated its 25th Anniversary with an open house event on Thursday, April 9.

The Center has served over 1,000 American Indian teens (13-17) suffering from drug and alcohol addiction in its 25-year existence.  It is funded by the Indian Health Service, and any member of a federally-recognized American Indian tribe can use the facility for free although the main service area is that which serves the 29 USET tribes.

“In going to various community centers and Cherokee High School, I came to the realization that not many people have information about the Unity Healing Center, and some of them didn’t even know it existed,” said Ti Ruff, Unity’s director.  “So, we are having this on our 25th Anniversary to really help the community to get to know us and know that we are friendly and are here to help.  We just want to increase awareness in the community of our place here and our services.”

Ruff said the Center is an “under-utilized service” in the community.  She added, “I spoke to Tribal Council this morning to advocate for kids to come to treatment before they get in trouble with the law.  We also want to emphasize after-care as well.”

Tracy Grant, Unity clinical supervisor, commented, “They generally go out to get other after-care.  We partner with those providers who have referred those children here so we can set it up before they go home so those things are in place well before they leave.” 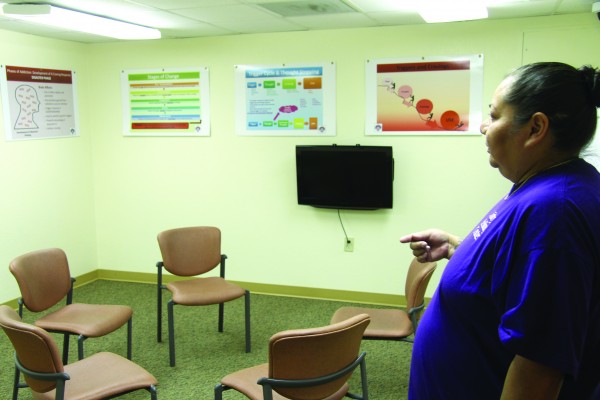 Grant, who has been with the Center for most of its 25-year history, noted, “I’ve gotten to see sort of the long view.  I’ve seen kids come through here, and I’ve kept in touch with some.  They’ve grown up and had kids of their own.  There are families that have come through and shown their stair-step kids that are raising a sober family.”

“So, we see a lot of success, and we’ve had our share of hearing about tragedies when they went back out into the community and it didn’t go so well for them.  But, we’ve seen a lot of good work done and a lot of it being promoted back at home…it’s really great to see the benefit that we’ve been able to help with and then see them take it on their own and run with it.”

The Center can serve as many as 16 teens (8 boys, 8 girls) at a time with separate living quarters for both.

Velva Powell, Unity social services assistant, related that the teens keep a busy schedule daily that begins with exercise and includes educational and cultural components as well as counseling sessions.  “The teens are required to fill out daily schedules.  We teach responsibility.”

Powell related that the Center is a 120-day program.  “We are not a detention center.  We teach them coping skills, and we run the Matrix model on them teaching about the brain and what addiction is and how to cope and do things differently.”

“We give them different opportunities and try to show them what’s out there that they can do that doesn’t require drugs and alcohol.”