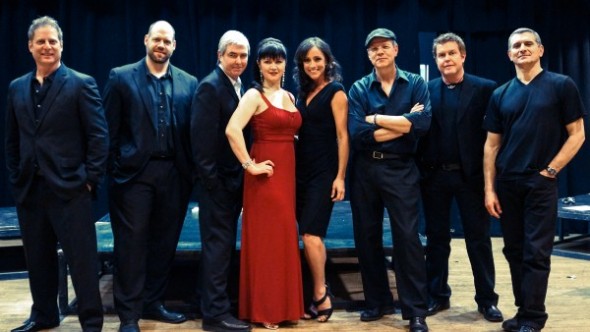 CULLOWHEE – The music of one of America’s top-selling duos of all time, the Carpenters, will come to life as Western Carolina University’s John W. Bardo Fine and Performing Arts Center plays host to “We’ve Only Just Begun: Carpenters Remembered” on Sunday, April 26.

The production, which begins at 3 p.m., is the final presentation of WCU’s 2014-15 Galaxy of Stars series.

The sister-and-brother duo of Karen and Richard Carpenter sold more than 100 million records in just over a decade and still hold the record for the most top 10 singles in a row. The combination of Karen’s voice and Richard’s compositions and arrangements created Grammy-winning magic, said Paul Lormand, director of the Bardo Arts Center.

The 90-minute tribute show will feature pop music classics including “For All We Know,” “Goodbye to Love,” “Hurting Each Other,” “I Need to Be in Love,” “Please Mr. Postman,” “Rainy Days and Mondays,” “Superstar,” “There’s a Kind of Hush,” “(They Long to Be) Close to You,” “Top of the World,” “We’ve Only Just Begun,” “Yesterday Once More” and many more.

Led by Michelle Berting Brett and accompanied by a live band of versatile Nashville musicians, “Carpenters Remembered” re-creates the Carpenters’ original sound. In addition, Brett shares stories culled from extensive research and interviews with those who knew Karen and Richard personally and professionally “to provide a real behind-the-scenes look at this pop music phenomenon,” Lormand said.

“Michelle Berting Brett sounds as close to Karen Carpenter as you can get. Beautiful voice, music and show,” he said.

Tickets for the WCU show are $21 for adults ($15 in groups of 20 or more), $16 for WCU faculty and staff members, and $7 for students/children of any age. They may be purchased at the Bardo Arts Center box office, by calling 828-227-2479 or visiting the website bardoartscenter.wcu.edu.

“Carpenters Remembered” is sponsored by Bear Lake Reserve and 540-AM WRGC Radio.