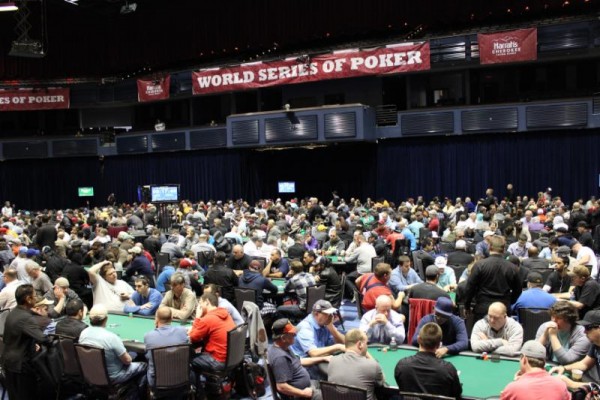 The eleventh season of the WSOP Circuit will wrap up under the bright lights of the ESPN cameras with the 2015 WSOP National Championship – an official WSOP gold bracelet event – and a share of $1,000,000+ in prize money on the line. Series events begin July 23 and run through Aug. 2 at the Harrah’s Cherokee Event Center.

ESPN will televise this event on Tuesday, Aug. 18 at 9pm with two-hours of coverage planned.  The defending champion is Germany’s Dominik Nitsche, who entered last year via the World Rankings qualification $10,000 entry fee and walked away with $352,800 and his second WSOP gold bracelet (he now has three).  Nitsche currently sits 21st in the World Rankings and therefore is eligible to buy-in again this year.

“North Carolina has long been home to National Champions across a number of sports and so it’s only fitting to bring a prime-time showcase of our game to the state,” said WSOP Executive Director Ty Stewart.  “We applaud the leadership of Harrah’s Cherokee on their passion for big events and a vision to be one of the top poker destinations in the world, not just the South.”

In addition to the Championship series beginning in July, Harrah’s Cherokee Casino Resort is also hosting a Circuit Event Series on April 16-27, awarding two more seats in the Championship.