Park to host “Music in the Mountains” Festival 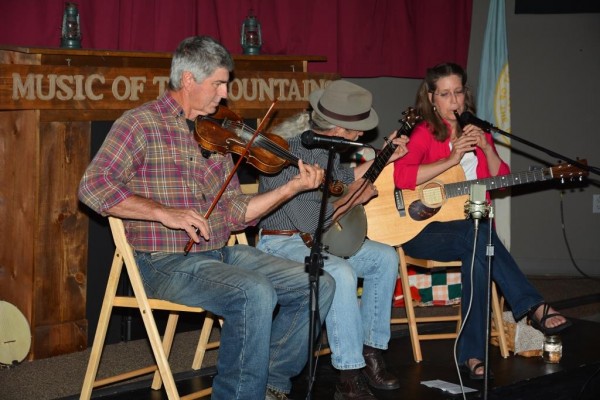 Musicians play at a past Music of the Mountains Festival. (NPS photo)

Great Smoky Mountains National Park will hold its eleventh annual “Music of the Mountains” celebration Friday, April 17 through Sunday, April 19. The event tells the story of music in the Southern Appalachians through its diverse history by letting visitors experience a variety of music that was played in the region or represents Old-Time music’s roots. With performances held in surrounding communities and in the park, the event tells the story of how mountain music grew out of traditional Celtic and religious roots, to become something that would be played on front porches all over the Smokies.

The three-day event begins with a concert of Celtic music by Four Leaf Peat on Friday at 7p.m. at the Great Smoky Mountain Heritage Center in Townsend, Tennessee.  General admission is $5.   “Music of the Mountains” continues on Saturday, kicking off National Park Week in style, with a series of free performances of old-time mountain music, dulcimer and early bluegrass during the day at the park’s Sugarlands Visitor Center. Music will be ongoing from 10a.m. – 3p.m. (see schedule below).

Two new acts will be part of the festival this year. Tim Simek is a two time national champion on dulcimer winning the national championship for hammered dulcimer in 2011 and for mountain dulcimer in 1997. Out of North Carolina, The Freight Hoppers are a four-piece string band who has been playing Old Time music for 20 years that is high energy and fun to dance to.

Also new this year will be a Youth Picking Contest hosted by the Gatlinburg Convention and Visitors Bureau.  Youth ages 8 – 17 are invited to compete on either fiddle or guitar starting at 4p.m. on the plaza outside of the Ripleys Aquarium of the Smokies.  Registration for the contest begins at 2:30 p.m. at the same location and spots will be limited. Spectators are encouraged and the contest is free for the public to watch.

The Sunday program at the Smoky Mountain Visitor Center in Cosby, Tennessee, will feature traditional Appalachian religious music with an old fashioned community sing along from 2:00 p.m. to 4:00 p.m. This event is free to the public .

“The music in these mountains tells such a wonderful story,” said park ranger Caitlin Worth.  “This festival provides the opportunity to find the type of traditional music that you love and learn how the stories that the music tells connect it to this place and its people.”

The schedule of events:

April 18- Plaza at Ripley’s Aquarium of the Smokies, Gatlinburg