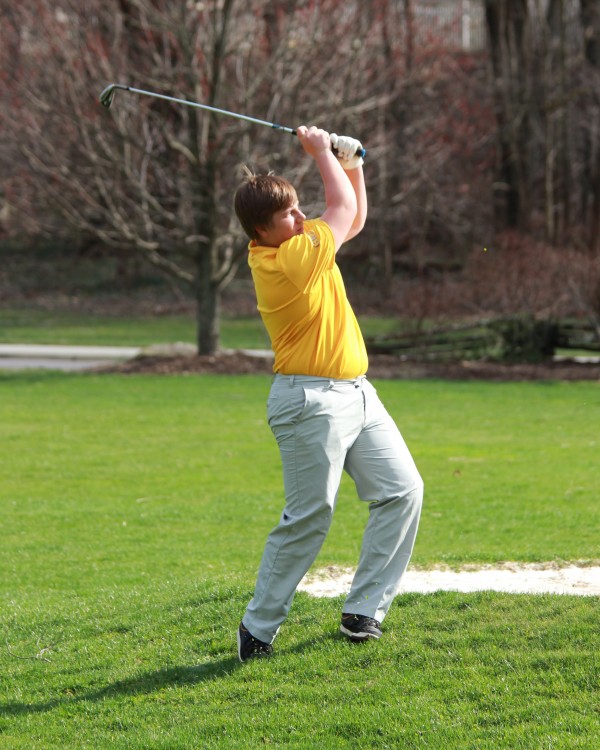 Christian Ensley swings from the fairway in a four-team match at Cummings Cove Golf and Country Club on Tuesday, March 31. He finished fourth and led the Braves with a score of 42. (AMBLE SMOKER/One Feather)

HENDERSONVILLE – Cherokee junior Christian Ensley carded a 42 to lead the Braves to a second place finish and took fourth place in the individual category of the four-team match at the Cummings Cove Golf and Country Club in Hendersonville on Tuesday, March 31.  Ensley was on track to finish in the top-two and contend for the victory through seven holes until a minor setback on eight and nine marred an otherwise solid outing.

The Braves finished in second place with a 198 behind Murphy (163), and ahead of third place Blue Ridge (202).  Rosman didn’t have enough players to qualify.

Junior Steven Straughan made his return to the team after nursing a minor back injury over the last few weeks and carded another solid round.

“Steven didn’t play last week and had to take some time off with a back injury, so it was good to see him shoot in the 40’s,” said Maney.  “We are really close to breaking into the 180s as a team.  We just need to keep our focus through the end of these matches.”