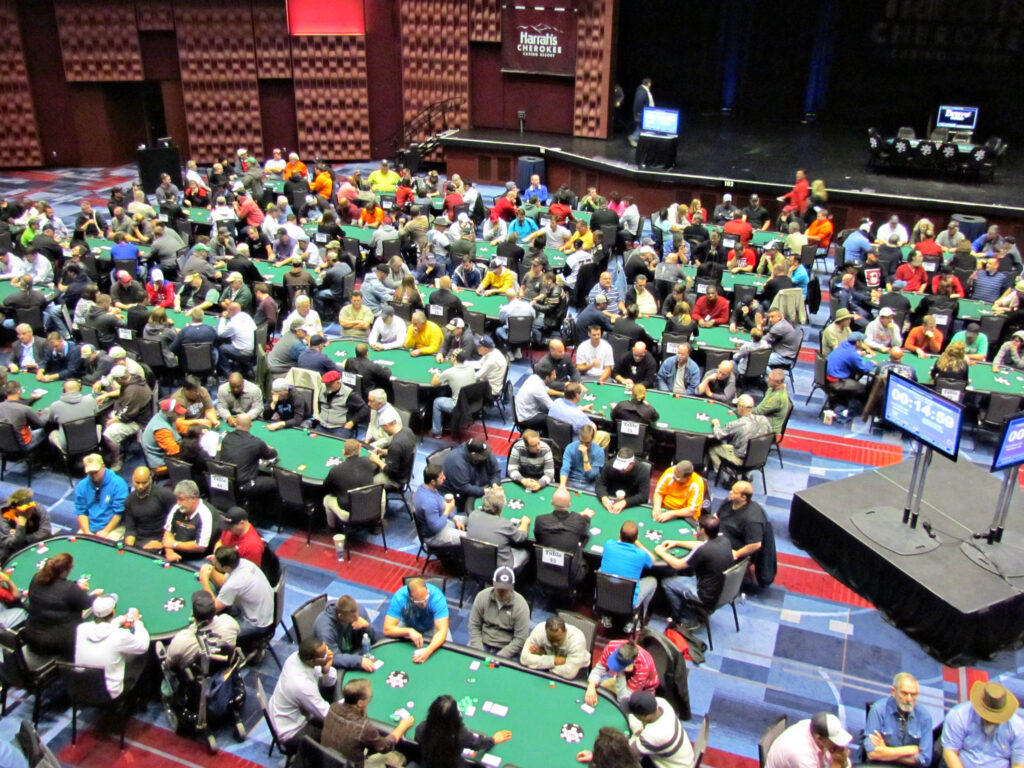 The World Series of Poker (WSOP) Circuit Event at Harrah’s Cherokee Casino Resort is the first major poker tournament ever held in North Carolina and it is setting records. The event has been so successful that the dates for next year’s circuit event have already been scheduled for April 3 – 14, 2014.

On Saturday, April 6, the noon event set a new record for the largest poker tournament ever played in the South.  A staggering 1,315 players flowed into the Harrah’s Cherokee Casino Resort Event Center.

According to Nolan Dalla, WSOP’s media director, Harrah’s Cherokee Casino Resort also broke the record for the largest senior poker event ever held outside of Las Vegas. “We had 648 seniors for a non-gold ring event. Only the WSOP senior events have drawn bigger crowds. In fact, the biggest I ever recall was around 400 or so in Chicago two years ago.”

Other record-breaking numbers include 872 attending the opening first gold ring event at noon on Thursday, April 4 followed by 949 for the noon event on Friday, April 5.  Sunday’s 2pm event drew close to 600, a huge success coming at the end of a record weekend.

“Given all the big numbers, this means there’s a huge untapped poker market now finding a home,” Dalla said.

The World Series of Poker is the longest-running, biggest poker series in the world.

The tournament is open to anyone over 21 years of age and registration is still available at the event running through April 15.

For ongoing results from the events, visit: https://www.wsop.com/tourney/tourneydetails.asp?groupID=950