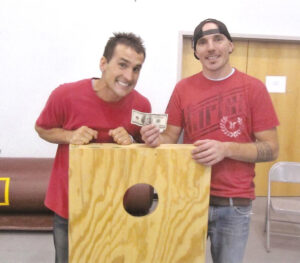 “The family would like to thank everybody that came and helped us to honor our loved one,” said the Wildcatt family.  “A special thank you to Keith Wachacha, Sally Davis, Wise Guys Pizza, and Heather at the Mandara Spa for your donations.  Also, we would like to thank Bunsy Crowe and B. Ensley for your help.  Thank you to Pepper Taylor for use of your building and Daniel Tramper for the use of your PA system.”