The roar of the go-karts and the blinks and blings inside the arcade are back.  After an almost two-year hiatus, the Cherokee Fun Park is back. 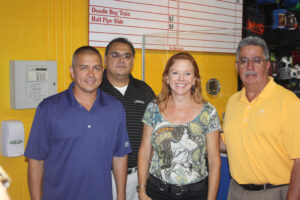 An official ribbon-cutting ceremony was held on Friday, May 27 as the park opened for business.  Entech Creative, based in Orlando, has revamped the property and will run the operation.

“We’re very excited to be here,” said Anne Herzog, president and CEO of Entech.  “We have a great staff that really helped us pull this all together.  We’re looking at a really great season.” 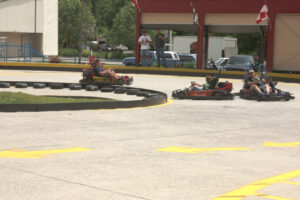 Kids of all ages wasted no time to get the go-carts going on Friday.

“There’s been a lot of people that have worked really hard to get this Fun Park back open,” said Chief Hicks.  “I think that the big thing is to give the kids here in Cherokee and the visitors something else to do here.  It’s a good family environment, and it helps us keep folks an extra day then its work well done.  We’re excited, and I think it’s going to be a really good season for them.”