The One Feather was honored by the Steve Youngdeer Post 143 with a Distinguished Public Service Award during the Veterans Day ceremony this year. Anytime these warriors pay tribute to anyone or any organization, it is high praise indeed. We here, at the One Feather, are very grateful for and humbled by the recognition.

During the service, the subjects of sovereignty, transparency, and truth were recurring themes. These are also subjects that have been at the forefront of discussion in our community and our government. 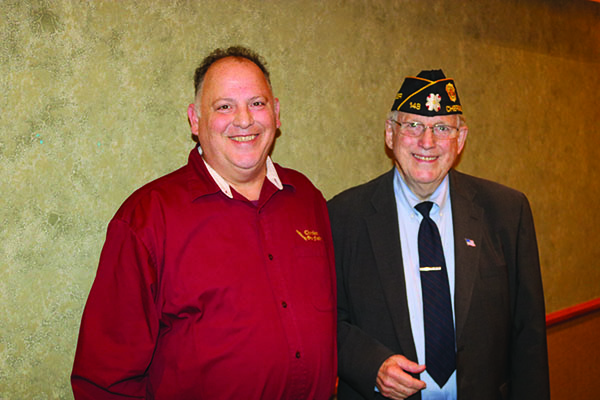 We, as a tribe, were already entering the tribal election year when a series of events threw us in the deep end of the pool. One of our beloved Council members passed away while in office and another Council member resigned from their post. Tribal law requires a special election and Tribal Council called for one, which the Election Board has initiated and is slated for next month (December 2022). The candidates have been vetted and certified. We quickly moved from anticipating election season to living it out.

The One Feather surveyed the readership on the question of our tribal sovereignty. The majority of the responses opined that in order to be sovereign, a person or entity would make decisions about its destiny without regard or influence from an outside power. One reader thought the answer was such an obvious “no” that they scolded us and said that we should have looked up the definition of “sovereign” before asking the question.

The question was more about engaging the community in public discussion of the issue than educating the public on what sovereignty is or a learning experience for us (One Feather). But just so we comply with the reader’s wishes…the Miriam-Webster’s Dictionary says sovereignty is (a) supreme power especially over a body politic, (b) freedom from external control: autonomy, (c) controlling influence. Apparently, the dictionary agrees with most of the readers who commented on the survey question. And by those definitions, it is hard to argue that tribes, including are own, are sovereign in the classical meaning of the word. I guess it all depends on what your own personal definition of “sovereignty” is. But if the clear definition of sovereign is autonomous, how do we explain state compacts and subjection to federal authority? Are we doing those things because we choose to?

Surely, we have a government complete with a legislative and executive branch. We also have a contracted judicial system that we have yet to incorporate as a branch of government. We have a Charter and Governing document that serves as a constitution, but it doesn’t contain much language about the rights of the people. And at least one of the existing civil rights in the Charter, the right of the people to assurance of equitable representation through a census, has been left on the shelf for several elections. Speaking of a constitution, efforts to educate the public for a possible referendum vote on a true constitution have been met with less than enthusiasm. It seems that we like the idea of a constitution as a people, but we have difficulty visualizing it and supporting it.

Lew Harding, Post 143 commander, praised the One Feather for speaking truth to power. We, at the newspaper, believe that the power is our tribal community, the citizens, and members of the Eastern Band Cherokee. Elections are the conduits for the power of the people to be exercised. As we have said together many times, it is your voice and your power to government. I was recently asked if every tribal issue should be put before the people via referendum so that the community had true “say” in how they are governed. And while I believe that would be the ideal, I understand the impracticality of bringing every item of legislative import to a referendum vote. It would require monthly elections to replace tribal council sessions. I do not believe that there is anything wrong with representative government if the foundation is built by the people who are governed.

Therefore, it is critical that we, as a tribal community, get behind the constitution process. Crafting a true governing document built around the premise that the rights of the people are paramount. A governing document dictates and delegates power. The one we have, the Charter, gives power to the Tribal Council and Executive Committee (similar language appears in the 1875 Loyd Welch document). The Charter wasn’t written by the people, the tribal community. It looks to be a distillation of what is known as the Lloyd Welch constitution, leaving much of the language about civil rights and community guidance out. The Charter was adopted by referendum but looks to have been used to govern months prior to being subjected to referendum vote. It may have been that a change to the governing document needed to be made and at that time it was subjected to a vote of the people.

Transparency is another word that gets much use by those in government. It is another word with a finite definition. Regarding the government, Ballotpedia.com gives the following definition of transparency: “Openness, accountability, and honesty define government transparency. In a free society, transparency is government’s obligation to share information with citizens. It is at the heart of how citizens hold their public officials accountable. Governments exist to serve the people. Information on how officials conduct business and spend money must be readily available and easily understood. This transparency allows good and just governance.”

Some readers commented recently that when (they named a particular government agency) they want you to know something, they will let you know. They inferred that the right of the people, the community, to be informed should be subject to the approval of the government agency. It is a little frightening to think that our people, or at least some of them, are that willing to give up what most societies believe is a fundamental right of the people to public information for the promise of protection or security. Trading on your right to a transparent government could jeopardize the very protection and security you seek.

Which brings me to the final point, truth. If you want to get an idea of the sovereignty of a people group, examine how transparent they are. How willing is the government to share truth with you? This is not about privileged or confidential information. It is about a change in mindset from that of seeing how much information we can hold from the people to that of seeing how much information we can make available to the people. The difference in a democracy or representative government is that the government is accountable to the community, not the other way around. We as a people, a people striving to be a sovereign people, should insist on truly transparent governance. Knowledge is power and we should insist on a good supply of power from our governors.