Lewis H. Harding, an elder of the Eastern Band of Cherokee Indians, has served his country, his Tribe, and his community with honor, dignity, and unwavering enthusiasm for decades.  He was recognized for his 25 years of service as the commander of the Steve Youngdeer American Legion Post 143 during an event in his honor at Harrah’s Cherokee Casino Resort Convention Center on the morning of Wednesday, June 1. 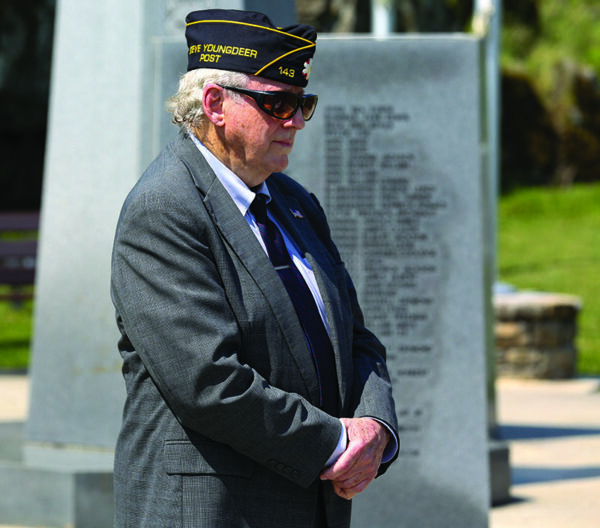 Lewis H. Harding, Steve Youngdeer American Legion Post 143 commander, is shown during the Memorial Day observance at the Cherokee Veterans Park on Monday, May 30. He was honored for his 25 years of service as the commander during an event at the Harrah’s Cherokee Casino Resort Convention Center on Wednesday, June 1. (SCOTT MCKIE B.P./One Feather photos)

Commander Harding thanked everyone in attendance and commented, “The only thing I can say is the honor was mine. I’m very, very grateful for this acknowledgement and deeply appreciative of this amazing organization that I’ve had the privilege of working with, being with, and serving with for 25 years.”

“It’s such an honor for Cherokee to be so well-represented by a commander who has achieved and accomplished so much,” said Patsy Everhart Ledford, Post 143 Auxiliary president.  “An integral part of the American Legion family for 25 years of service…Commander Harding, we are here to honor you and to show our respect to you. Thank you so very much.”

She added, “Commander Harding, in appreciation of your years of service to the community, to the EBCI, and to the veterans of our area and statewide, wherever, and more importantly, for your service to our country, we sincerely appreciate you.”

Principal Chief Richard G. Sneed, a U.S. Marine Corps veteran, commented, “It is fitting that we are gathered here today to offer honor, respect, and gratitude to a true American hero, a true Cherokee warrior, and, without a doubt, the clearest example of a leader that I have come to know during my tenure as Principal Chief.” 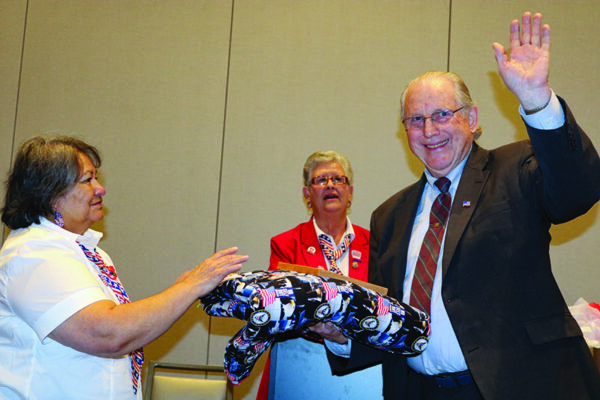 Chief Sneed spoke about the need for strong values to be brought back to the Tribe and country.  “These values are exemplified and personified in the man that we gather today to honor and to pay tribute to. Today, I stand before you to bring attention and honor to the lifelong accomplishments of a man that I call commander and friend.”

Sam Lambert, Post 143, said, “Through the years, he has led this post in a positive way, very positive, and I’m looking forward to him leading it another two decades.”

Jim Quinlan, American Legion North Carolina Department commander, was in attendance and said that 25 years as commander was quite an accomplishment.  “Your wisdom as a leader has been reflected in this post for many, many years. For you to be elected a post commander for 25 years is just amazing.” 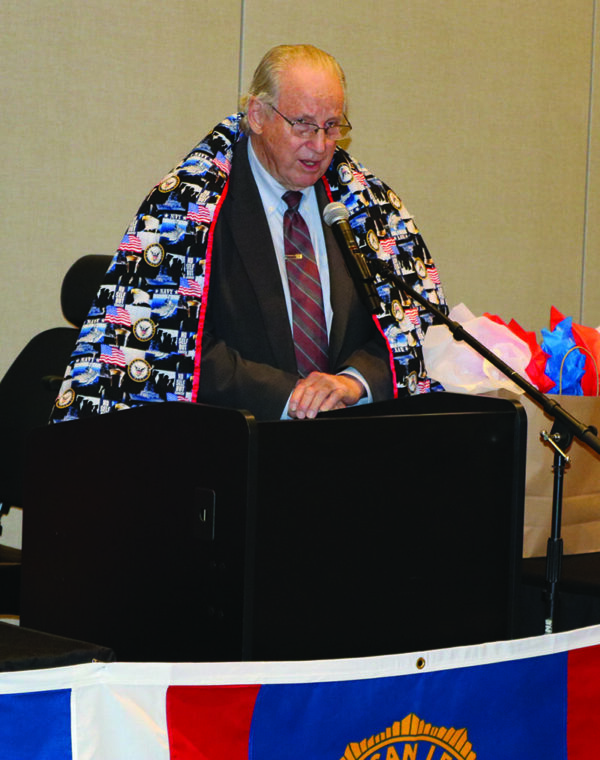 Commander Harding addresses the crowd during the event.