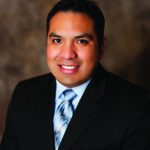 West, a member of the Eastern Band of Cherokee Indians, joined Harrah’s Cherokee in 1997 as a member of the Hard Count team. He has since held many roles with increasing levels of responsibility in diverse areas including Cashiering, Planning & Analysis, and Casino Operations. Adam also completed the Accelerated Career Enhancement program, a three-year managerial development internship within the Cherokee Development Program offered at Harrah’s Cherokee to enrolled members. Since 2014, he had held the position of vice president of operations where he had oversight of the property’s Slot Operations, Table Games, Beverage, Security and Surveillance departments. In addition to these areas, the Engineering/Facilities departments will report to Adam in his new role. Adam holds a bachelor’s of science degree in business administration and a master’s degree in business administration from Western Carolina University.

Regional Vice President of Finance Enoch Ferguson started his career at Harrah’s Cherokee in October 1997 as an accountant and has since served as accounting manager, regional financial controller, and regional director of finance. Enoch is a Certified Public Accountant and holds a bachelor’s of science degree in accounting from Western Carolina University.