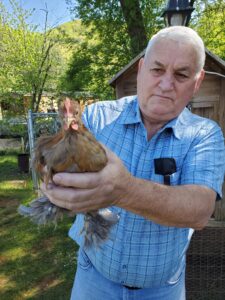 He was the son of the late David Miller and Lula Bell Murphy Dover.

He was preceded in death by his son, Brian David Dover, who passed in 1972.

William was a U.S. Army veteran having served in the Vietnam War.

A graveside service will be held at 1 p.m. Monday, March 29 at Birdtown Cemetery with military graveside rites being conducted by the Steve Youngdeer American Legion Post 143.