The tribal nations are the Upper Mattaponi Indian Tribe, the Nansemond Indian Nation, and the Monacan Indian Nation. The USET/USET SPF membership now includes 33 tribal nations whose homelands extend from the northeastern woodlands to the Everglades and across the Gulf of Mexico. 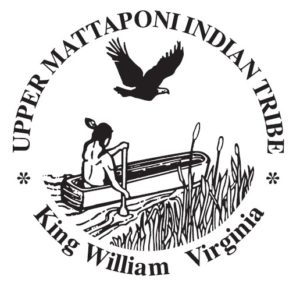 The Upper Mattaponi Indian Tribe is centered in King William County. The tribal nation has strong ties to Christianity and their community is centered around The Indian View Baptist Church, built in 1942. The Upper Mattaponi own 32 acres of land and are a proud and humble people of strong character and values, with much optimism and hope for the future. The tribal nation was officially recognized by the Commonwealth of Virginia on March 25, 1983 and received Federal recognition in 2018. In 1608, Captain John Smith identified the village of Passaunkack at the location of the present-day Upper Mattaponi. The oldest surviving King William County records dated 1885 list non-reservated Indians bearing the surname Adams living in a settlement known as Adamstown. The name most likely originated with James Adams who served as an official interpreter between the British and Indians living in this area between 1702 to 1727. The Adamstown band became officially known as the Upper Mattaponi Indian Tribe in 1921.

The Nansemond are the indigenous people of the Nansemond River, a 20-mile long tributary of the James River in Virginia. The tribal nation was part of the Tsenacomoco (or Powhatan paramount chiefdom) which was a coalition of approximately 30 Algonquian Indian Tribal Nations distributed throughout the northern, southern, and western lands surrounding the Chesapeake Bay. The Nansemond people lived in settlements on both sides of the Nansemond River where they fished (with the name “Nansemond” meaning “fishing point“), harvested oysters, hunted, and farmed in fertile soil. The Nansemond were formally organized with elected officers in 1984 and later applied for and received Virginia state recognition in 1985. After more than 30 years of effort as the Nansemond Indian Tribal Association, the tribal nation (along with five other tribal nations from the original Powhatan paramount chiefdom) was granted federal recognition. In honor of this turning point they have returned to the name used by their ancestors—the Nansemond Indian Nation. The Tribal Nation is dedicated to Nansemond historical and cultural preservation for the benefit of their Tribal citizens and the community at large.

The Monacan Nation, headquartered in Amherst County, has survived almost four hundred years since the first settlers landed at Jamestowne. Today the tribal nation numbers over 2,000 people, as more descendants discover their heritage and return to Amherst to celebrate their Indian culture. The tribal nation operates numerous programs designed to assist Tribal citizens and to educate the general public. It purchased 110 acres of land on Bear Mountain and acquired new parcels as well. The Monacan Nation, one of the few American Indian Tribal Nations that still remain in their ancestral homeland, has made significant contributions to Virginia’s history and development, and it continues to be a strong group, dedicated to the survival of Indian people in Virginia and throughout the hemisphere. The tribal nation became a state-registered corporation in 1988, and in 1989, it was recognized by the Virginia General Assembly as one of the eight indigenous Tribal Nations of the state. In 1993, the tribal nation became a registered nonprofit organization, developed a museum steering committee, and held its first annual Powwow in Bedford County.

“We are so pleased to welcome three new members to our USET family. We believe they will enhance our collective efforts by bringing their own unique experiences, culture, and history to the conversation and our advocacy efforts. Their addition to our family will further build upon our principle and motto of Because there is Strength in Unity,” stated USET/USET SPF Secretary Lynn Malerba, Lifetime Chief of the Mohegan Tribe.