While most tribal nations throughout Indian Country were working on ways to deal with the COVID-19 pandemic, the Mashpee Wampanoag Tribe of Massachusetts was being ordered recently to disestablish their reservation.

It is important for people to look beyond bashing President Trump for this action and look at what it actually is – a complete affront to tribal sovereignty not seen since the Termination Era of the 1950s.  The official website of the Mashpee Wampanoag opens with a huge hashtag – #StandWithMashpee.  That should be the focus of this fight, not President Trump. 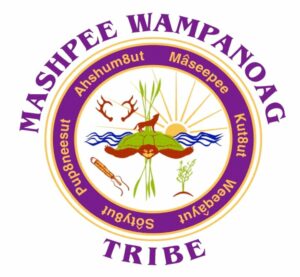 In a statement on Friday, March 27, Mashpee Wampanoag Chairman Cedric Cromwell said, “…the Bureau of Indian Affairs informed me that the Secretary of the Interior (David Bernhardt) has ordered that our reservation be disestablished and that our land be taken out of trust.  Not since the termination era, of the mid-20th century, has a Secretary taken action to disestablish a reservation.  Today’s action was cruel and it was unnecessary.  The Secretary is under no court order to take our land out of trust.”

The Interior Department’s decision to take the Mashpee Wampanoag land out of trust follows a late February ruling by the 1st Circuit Court of Appeals that upheld a lower court decision by Judge William Young.  The Appeals Court found that because the Mashpee Wampanoags were not a federally recognized tribe in 1934 at the time of the Indian Reorganization Act, that “…the Secretary lacked authority to take land into trust for the benefit of the Tribe.  We affirm the judgment of the District Court.”

The Mashpee Wampanoag received federal recognition in 2007, and their 321-acre reservation was put into trust in 2015.  Citing the above reason, the Interior Department reversed the decision to have their land put into trust in 2018 – thus leading to the subsequent court proceedings.

For the Interior Department to say that the Mashpee Wampanoag shouldn’t have land put into trust simply because they weren’t recognized in 1934 is scary.  That decision could affect every tribe recognized since that time period.  This recent decision, which will effectively dismantle the Mashpee Wampanoag court system and police department, harkens back to Termination Era policies.

This decision also halts any work on the Mashpee Wampanoag’s planned First Light Resort & Casino.  The tribe broke ground on the proposed $1 billion facility in 2018.

But, the legal fight isn’t over.

There is a separate case ongoing in this matter in Washington, D.C., and U.S. Rep. Bill Keating (D-Mass.) introduced the Mashpee Wampanoag Tribe Reservation Reaffirmation Act (H.R. 312) which passed in the House on May 15, 2019 by a vote of 275-146.  It awaits action in the Senate.

“This is one of the most cruel and nonsensical acts I have seen since coming to Congress,” said Rep. Keating in a statement following the order for the Mashpee to disestablish their reservation.  “The Secretary should be ashamed.”

The Mashpee Wampanoag have received strong support throughout Indian Country with many leaders afraid of the precedent this could set nationwide.

Kevin J. Allis, National Congress of American Indians chief executive officer, said in a statement, “Removing the homelands of established communities and villages endangers the very existence of an entire nation of people.  This is unacceptable and such an action during this pandemic is an outrage.  At a time when tribal governments and their leaders are desperately working to protect the health of their citizens and the economic security of their communities in the face of the catastrophic COVID-19 pandemic, they shouldn’t also have to contend with attacks on their tribal homelands from the very trustee that is legally obligated to protect those homelands.”

Kirk Francis is the president of the USET SPF (United South and Eastern Tribes Sovereignty Protection Fund), a 30-tribe organization in which the Mashpee Wampanoag enjoy membership in with other eastern tribes including the Eastern Band of Cherokee Indians.

“The action by this administration in rendering such a decision is dishonorable and reprehensible on its face, but to do so when we are fighting a national pandemic is shameful,” Francis said in a statement.  “If there was any question before, it is clear that we are experiencing a crisis in Indian Country at this moment.  We must all come together, stand up, and fight to protect our inherent sovereign rights to and authorities on our own lands.”