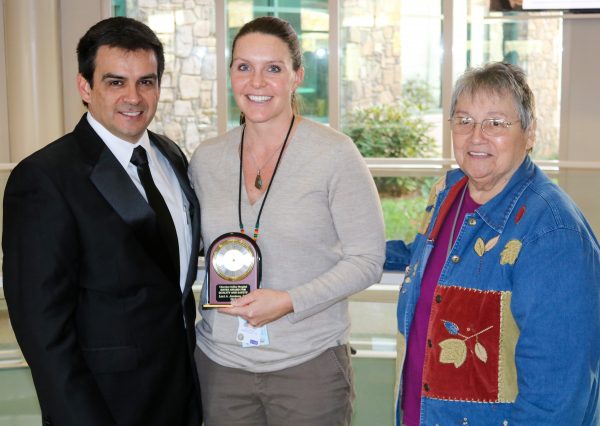 The Cherokee Indian Hospital Authority (CIHA) honored current and past employees during a recognition ceremony on the morning of Wednesday, Nov. 15.  Employees were honored for excellence in job performance as well as tenure.

Casey Cooper, CIHA chief executive officer, said of the award, “When she (Hayes) left, to honor her and to honor her legacy, we created this perpetual award which is presented annually to an employee who has led or facilitated a system or process change, resulting in risk mitigation, improved safety or quality improvement.”

Of this year’s winner, Dr. Jamison, Cooper noted, “As co-chair of the EB flow group, she worked collaboratively and cooperatively with many departments like Lab, Radiology, In-Patient, and Performance Improvement, as well as outside agencies such as Family Services, EMS, and funeral homes resulting in several accomplishments including reduced time to admission…”

He added, “As a working manager with a tenacious focus on objective outcomes, this nominee still sees more than 150 patients per month.” 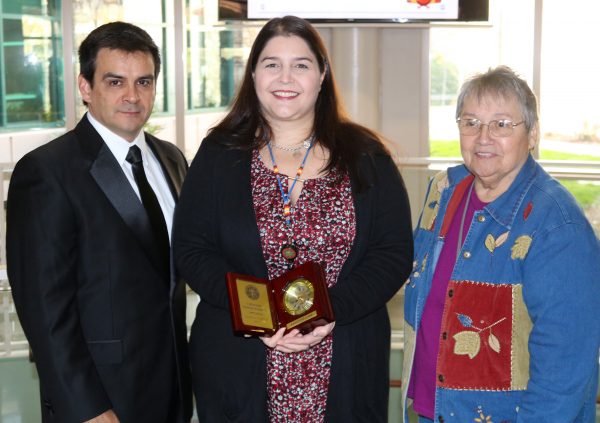 Kristi Case, MPA, Analenisgi Recovery Services manager, was named CIHA Employee of the Year.  “It’s a real honor,” she commented.  “We’ve done some really great work in Behavioral Health, and I appreciate that that’s being recognized.  It feels good, but I’m shocked.”

Cooper said that the tenure service awards increase annually, a trend he likes to see.  “The reason is because folks are staying here, and that is amazing.  When we started on this journey, back in 2002, we said in order for us to be successful at the Cherokee Indian Hospital, we have to be the employer of choice for the region.  We just absolutely have to be, and I think the tenure of our employees is a good illustration of our achievement of that objective.” 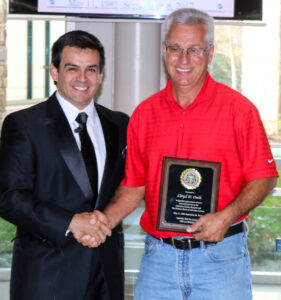 RETIREMENT: Lloyd D. Owle was one of several CIHA employees honored for their retirement. He served the organization from May 11, 1981 to Sept. 8, 2017.

15-year Service Awards were given to the following employees who have been with the organization since self-governance in 2002: Daisy Crowe, Tammy Gibby, Jean Gomez, Lee Hyde, Gail Hyde, Will Lambert, Kate McKittrick, Jill Sain, Peter Shell, Betty Taylor, and Sonya Wachacha.

To view or purchase photos from this event, visit: https://onefeather.smugmug.com/COMMUNITY-and-NEWS-EVENTS/2017-Community-and-News-Events/Cherokee-Indian-Hospital-Employee-Awards-11-15-17/