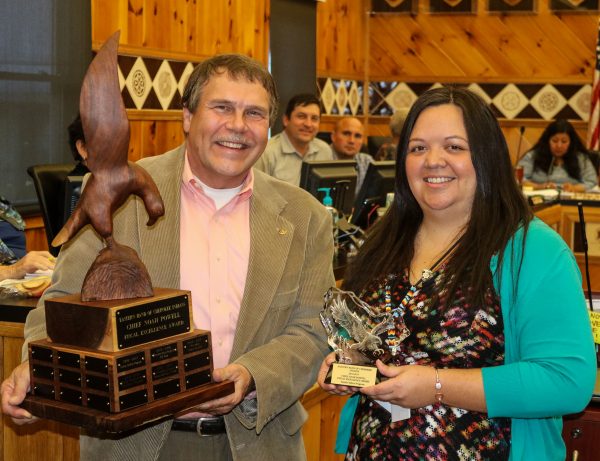 The EBCI Family Safety Program won the top award as the 5th Annual SOAR (Success in Operations, Accountability, and Reporting) Awards were given during the regular Tribal Council meeting on Thursday, Nov. 2.  The program won the prestigious Chief Noah Powell Fiscal Excellence Award, and eight other tribal programs were recognized for their fiscal responsibility by the Tribal Audit Committee.

“The Family Safety Program provides services to children and families to protect their safety and to keep families intact and functioning to the highest level possible,” Rebecca Claxton, Office of Internal Audit, said of the winning program.  “To effectively provide these essential services, the program uses an integrated team model approach and results-based accountability to ensure cases are handled promptly and properly.  The program is proactive in developing and maintaining working partnerships with other organizations; and through a competitive, national process was one of eight selected for the Quality Improvement Center for Workforce Development at the University of Nebraska – Lincoln.”

Claxton continued, “To help support and further its cause, the program seeks federal and other funding and obtained direct IV-E funding of over $600,000.”

Sunshine Parker, EBCI Public Health and Human Services Division health services director, stated, “Family Safety Program was two years old on Oct. 1 of this year, and we’re looking by the end of December having 35 licensed foster homes.  Next year, we want to increase that to 50.”

She praised the Family Safety staff for their hard work and diligence.  “Without them, we would have nothing.  They work constantly…we provide on-call services, so we have someone on-call every single day of the week, every single night.  We have a worker and a supervisor on-call.  We have behavioral health integrated into our system and we provide services to our families any time they need them.”

Sharon Blankenship, Office of Internal Audit chief audit executive, spoke on the significance of the Chief Noah Powell Award and commented, “The highest level award is named in honor of our 21st Principal Chief who believed in his people and what they could accomplish.”

Claxton read parts of the program’s nominations during the event.  Following are parts of those from the other eight winners: 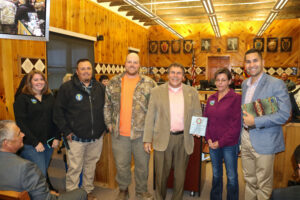 “To ensure an inventory of healthy fish to stock, the program has initiated many upgrades to the current facilities.  In addition, the program has improved internal tracking and reporting of operations.  The program’s efforts have resulted in decreased mortality, more reliable water supply, increased production levels, and better planning.  The program stocks 235,000 lbs. of fish per month and averages $735,000 annually from fishing licenses.  The program has also improved collectability and lowered accounts receivable by 60 percent from FY15.” 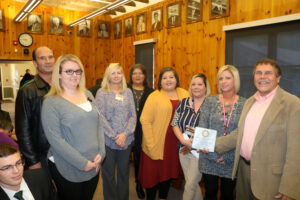 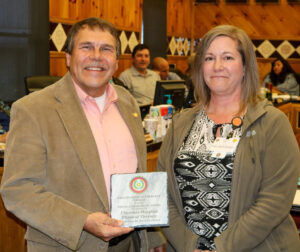 “Appointments are established for patients based on the availability of the therapists.  The program discovered, through an assessment of hours worked, a high level of non-productive staff hours due to cancellations and no-show appointments which equated to a cost of two full-time positions and lost revenue.  The program instituted a series of performance-improvement projects to improve ‘kept appointment’ rates.  Appointment show rates have improved, non-productive staff hours have decreased and net service patient revenue has increased.” 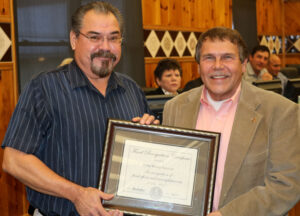 “Tribal Realty Services was established in efforts to bring realty services into the Tribe and away from the Bureau of Indian Affairs.  To work towards this important initiative, the program has begun building the necessary foundation by identifying staffing solutions and developing policies and procedures.” 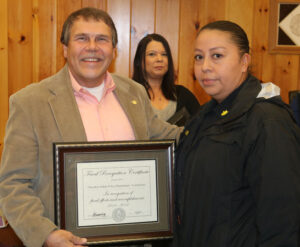 “Corrections is responsible for protecting the public by confining offenders in controlled facilities.  While confined, the program offers inmates rehabilitation opportunities such as GED classes and other training and prevention classes which have helped lower the number of re-offenders.” 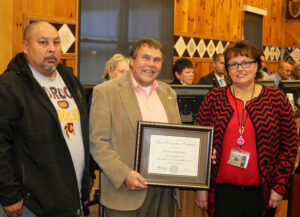 “To minimize costs and drive revenues, the program optimizes order size to reduce deliveries; drop ships when feasible; and recovers costs by selling recyclable pallets and 5-gallon bottles.  This has resulted in a 12 percent increase in Gross Profit Margin from FY15 to FY17.” 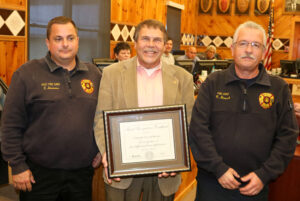 “This past year, the program has responded to close to 2,000 calls and has conducted public education to over 5,900 adults and children.  In addition, they have completed 6,389 hours of training; conducted more building fire inspections; and created a fire investigation division.  As a result, the program has seen a decrease in structure fires, no fires in commercial buildings, and better fire response outcome protecting $5.1 million of $6 million at risk.” 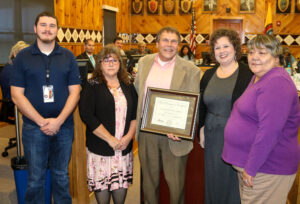 “The Cherokee Tribal Lifeline Program, which provides devices for fast reliable access to help for those who may require it, was transferred to Cherokee Home Health in 2016.  Upon the transfer, the program inventoried lifeline units, renegotiated the contract price, managed client ‘wait list’, and developed a process improvement plan.  This has resulted in immediate savings of $1,000 for inactive accounts; a 40 percent reduction in the monthly rate; device installation within 24 hours; increased client safety; ensured stewardship; and enhanced reporting.”

To view or purchase photos from this event, visit: https://onefeather.smugmug.com/COMMUNITY-and-NEWS-EVENTS/2017-Community-and-News-Events/SOAR-Awards-presentation-in-Council-11-2-17/