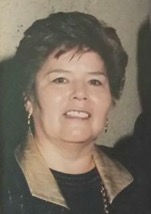 She was most recently employed by the Eastern Band of the Cherokee Indians as an intake counselor for Juvenile Services Program.  She was director of community services and served four consecutive terms as Painttown Council Representative.

Marion was the daughter of Ike and Jennie Hornbuckle Tooni.  She was preceded in death by her husband, Frank Teesateskie, and one daughter, Marlene Junaluska.

Memorial services will be held on Tuesday, Oct. 24 from 3-6pm at the Painttown Community Center.  Burial will be at the Tooni Family Cemetery.

In lieu of flowers, the family requests that donations be made to the Juvenile Services Program at 85 Boys Club Road, Cherokee, NC  28719.