That run-off took place on Tuesday, Oct. 10 and Albert Rose came out on top with 541 votes to 381 votes for Ashley Sessions.

Denise Ballard, EBCI Election Board chairperson, commented on the run-off election, “I think it went very well.  We tried to make sure that everything was secure, and the room was monitored the whole time.  We thank the Cherokee Indian Police Department for their assistance in that.”

She noted there were six spoiled ballots in which people voted for both candidates.  During Tuesday’s run-off election, voters were only able to cast a vote for one candidate and there were no absentee or early votes allowed.

“The Board did not count,” Ballard noted.  “The poll workers did all of that.  They did a thorough count and wanted to make sure they were right.  We didn’t LiveStream it, but we did record it.  Police officers were in the room the entire time to observe as was the Board.”

The Election Board decided to hold the run-off election following a recount and revelations of voter irregularity.

“In light of the foregoing, the Board concludes that the recount of ballots in the race between Ashley Sessions and Albert Rose for a Tribal Council seat in the Birdtown Community has not determined the accurate vote count,” the Board wrote in a decision filed on Sept. 28.

Election day (Sept. 7) results had Rose with 431 votes and Sessions with 419.  Sessions filed a protest and requested a recount which occurred on Sept. 13.  In the recount, Sessions topped Rose 448-443.  Following this, more protests were filed, and the Board held a hearing on all protests from both sides on Sept. 21.  They issued the ruling one week later (Sept. 28) to hold a run-off election.

In their decision, the Board wrote, “The Board construes C.C. (Cherokee Code) 161-7 and C.C. 161-16(g)(3) together to provide authority for the Board to investigate and determine that a recount of ballots, even outside of a tie, may not determine an accurate vote count, and therefore may be an irregularity warranting a run-off election.”

Following the Sept. 28 decision, Sessions filed a lawsuit in Cherokee Tribal Court, and a hearing was held on Wednesday, Oct. 4.  Two days later, the Supreme Court of the Eastern Band of Cherokee Indians issued a five-page decision in which they gave the ok for the run-off to continue and stated, “The Court does not find that the Board’s decision to order a run-off election was erroneous as a matter of law.” 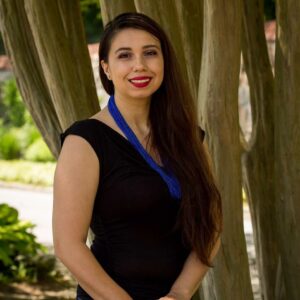 The decision, signed by Brenda Toineeta Pipestem, presiding chief justice; Sharon Tracy Barrett, associate justice by designation; and Jerry F. Waddell, associate justice by designation; noted that two questions were offered in the case including, “(1) whether the Board of Elections had the authority to order a run-off election even though no candidate established election irregularities during a hearing before the Board, and (2) whether facts found in the Board’s Combined Decision support the Combined Decision’s order for a run-off election as a matter of law.”

The decision states, “Ms. Sessions asserts that the Board’s Combined Decision should be overturned and the recount results should be certified because, among other reasons, Mr. Rose did not prove during a hearing before the Board of Elections that an election irregularity had unfairly and improperly or illegally affected the outcome of the election. Cherokee Code 161-16(d).  She argues that since this did not occur, the Board had no authority to order a run-off election under subsection 16(g)(3) of that statute, as the two subsections of the statute must be read in tandem.”

The decision then states the Justice’s opinion on Session’s assertions, “…such a reading of this statute as proposed by Ms. Sessions would handcuff the Board of Elections in performing its duties and could require it to disregard information it obtains from its own investigations of irregularities.  It also fails to consider that separate statutory provisions give the Board of Elections the duty to investigate and act upon the ‘nonperformance of duty and violation of tribal election rules and regulations by election officials,’ and the power to order a run-off election if it determines that a recount of ballots would not determine the accurate vote count.”

The Board’s decision continued, “The Board cannot explain these large discrepancies.  Further, they are unique to the Birdtown Community.”

Ballard said the Board is going to start looking at ways to strengthen the Tribe’s election laws and policies.  “We are going to start looking at the Election Ordinance.  We don’t have anything to hide.  We’re willing to work with the Tribal Council and the community.  We’ve been invited to the Constitution Committee to give input on that as well, and we’re looking forward to providing our thoughts.”

She further commented, “We hope that the Tribal Council and the Principal Chief start working together to move this Tribe forward.”

In a statement to the One Feather, Sessions commented, “In my opinion, the runoff should have never  taken place. After the recount, the chairman of the Election Board assured me that the recount was final.  It was announced on live TV as well as reported to news outlets. I am extremely disappointed in the way the situation was handled. Votes were found for all candidates in every community and all of their votes were honored. Even in my own community, Boyd Owle gained 30 votes.  They were honored, certified, and he was sworn in. I don’t understand how they can say the ballots are not reliable for one person but they are for the other. I feel robbed of a seat that is rightfully mine.”

She continued, “I believe this situation has our people awake and more aware of the corruption than they have ever been. I plan to stay very active in the tribal government over the next two years and hold them accountable for everything that comes before them.”

Rose did not respond to a request for comment.