COMMENTARY: Some thoughts on parenting

If there were ever a job that needed an instruction manual included, it’s being a parent.  Parenting in general is a difficult task, and as author and psychologist Dr. James Dobson noted in the title of his 1987 parenting guidebook, “Parenting Isn’t For Cowards”.

Ask any parent and they will tell you that things are much different today than when they were a child.  Parents today face challenges that their parents and grandparents could have never imagined.  Children today have access to everything imaginable, both positive and negative, literally at their fingertips. In our time, children are exposed to media on a twenty four hour basis. Entertainment and social media consume the majority of most young people’s free time, and in many cases, parents themselves are not immune from the compulsion to remain constantly engaged with their devices.  And perhaps the greatest threat facing young people today is the easy access to illicit drugs which have changed the very fabric of our families and our communities with no end in sight for the foreseeable future. 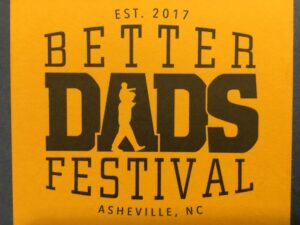 I mention all of this, not in a spirit of judgment, but rather in a spirit of solidarity with other parents who feel as though we are fighting an uphill battle on a very slippery slope. As a father of five, I can testify that things have changed immensely in the surrounding culture from the time our first born entered our lives 27 years ago, until now when we find ourselves with an 18 and 15 year old still living at home.  In my late twenties, I used to think that I had fathering pretty well figured out. Life and reality however, have a way of adjusting my prideful attitude and by the time I hit my thirties I had abandoned that foolish notion. What I have learned over the past 27 years of being a dad is that every child is different. There are no one size fits all, easy set of answers to some of the situations you will be faced with in your role as a parent.  Parenting, like most family relationships, has the potential to bring great joy and can also be the greatest source of heartbreak in a person’s life.  It is one of the great paradoxes of humanity.  The very people whom we love and sacrifice the most for can sometimes be the very same people who wound us the deepest. The paradox continues because almost without fail, parents will readily and lovingly accept and forgive the child who has betrayed them.  In my mind, it has always been the clearest evidence of the unconditional love that God has for us.

Often times when we are faced with a rebellious child or defiant teen, it’s very easy to imagine that we were much better children and teens then our children are currently, and perhaps we were.  I can honestly say that I was never openly disrespectful to my parents with my words.  Back in my day, if I had been disrespectful I would have been promptly slapped in the mouth, so there was a measure of fear that kept me in check.  When it came to my mom however, there was a much deeper motivation than merely fear of punishment.  I genuinely loved and respected her and did not want to ever do anything to hurt her.  Nevertheless, I was not a good kid!  I used to believe that I was, for most of my adult life in fact.  It wasn’t until one day when I was about 47 years old sitting at a funeral with my dad and it hit me, I was a bad teenager! I turned to my dad and said, “I’m really sorry! I can’t imagine what I put you through when I was a teen! I was bad kid!”  And my dad, who is older, wiser and much more gentle than he was when I was a teen just smiled and said “ah, don’t worry about it, you turned out alright.” And there’s that paradox again.

For many of us, for better or for worse, our parenting is merely a repeat performance of how we were parented.  Remember the day when you first realized that you had become your mom or your dad?  When you heard the words come from your own mouth, “Shut the door! Were you born in a barn?” While there are many lessons that we learned from our parents that have served us well, there is no denying that for many parents there is a lingering sense of feeling ill-equipped to face the challenges of raising kids today.  This may be due in part to the fact that many people grew up with an absent parent, usually a father.

Personally, I never met my dad until I was 13 years old.  When I came to live with him, it was a clash of cultures and an absolute inability to communicate with one another.  It was very difficult for both of us, although I have to be honest, I never considered how difficult it must have been for him until I became a dad myself. Today, we have a great relationship and I am honored to call Richard Sneed my dad.  Everything that he tried to teach me when I was a rebellious teen, which of course I ignored, all came to pass. He has taught me so much over the years and to this day, he’s still always right!

I mention all of this to bring attention to the fact that parents today need help to navigate the challenges that we all face in our efforts to raise our children to fulfill their God given potential.  Dads in particular need help. In response to this need, a group of community and civic organizations have joined forces to launch the Better Dads Festival which is going to be held June 17 from 12-9:30pm at Pack Square Park in Asheville.  The Eastern Band has been invited to participate, and we will have an information booth during the Festival.  If you’re like me and often times feel like you’re missing the mark in areas of your parenting, or you would like to acquire more tools for your parenting toolbox, then I would like to extend an invitation for your entire family to join us at the Better Dads Festival.  The focus is on equipping dads, but there will be something for everyone at the festival, so please join us Father’s Day weekend 2017.