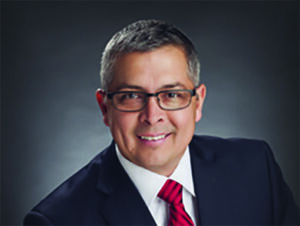 TFA Capital Partners, Inc. announced on Tuesday, Oct. 25 the appointment of former Principal Chief Michell Hicks to its Tribal Board of Advisors. The Board comprises tribal leaders who are national proponents of tribal economic sovereignty and tribal organizational leadership from across the United States.

Kristi Jackson, Chairman of TFA Capital Partners, commented, “We are delighted to have Michell join our team; TFA and its clients will benefit from the wealth of experience and expertise he brings to our talented Tribal Board of Advisors. Michell’s desire to foster economic development among tribes across the country and, in the process, support the achievement of financial sovereignty, aligns perfectly with TFA’s mission.”

Hicks said, “It is an honor to have the opportunity to be part of the TFA team. TFA is the premier source for Tribes as they focus on economic diversification, acquisition opportunities and financing-related services, and it has established significant credibility in Indian Country.  The TFA platform is best-in-class and offers a great benefit to our Indian Nations.”

In addition to Hicks, Board members include Brian Patterson of Oneida Indian Nation (Executive Liaison and Bear Clan Representative for the Oneida Indian Nation and President of United South and Eastern Tribes), Tom Rodgers of the Blackfeet Nation (of Carlyle Consulting of Alexandria, Va.), Valerie Spicer of Mescalero Apache heritage (Executive Director of the Arizona Indian Gaming Association), John Tahsuda of the Kiowa Tribe of Oklahoma (currently a Principal in Navigators Global and policy advisor for the Oklahoma Indian Gaming Association), and Daniel Tucker of the Sycuan Band of Kumeyaay Indians (former Chairman of the Sycuan Band of the Kumeyaay Nation and of the California Nations Indian Gaming Association).