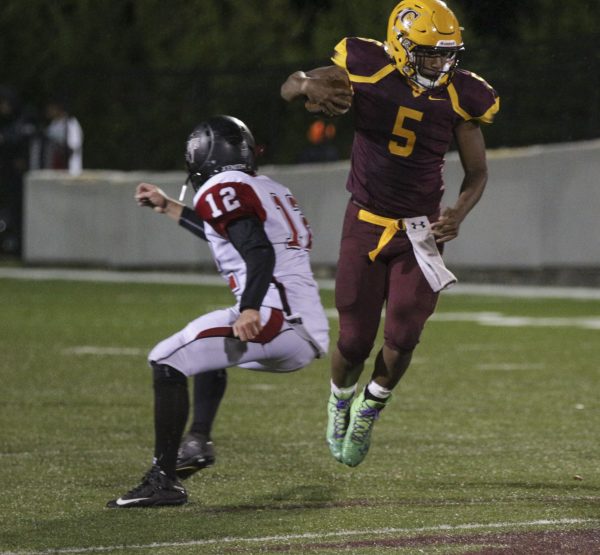 The cold, drizzly rain fell intermittently throughout the game, but there was no stopping Isaiah Evans on the night of Friday, Oct. 21.  The Braves sophomore ran for three touchdowns and threw for another as Cherokee (5-4, 1-2 in Smoky Mountain Conference) topped the Andrews Wildcats (2-8, 1-4 SMC) on Homecoming night at Ray Kinsland Stadium.

Evans finished the game with 133 yards rushing on 15 attempts and three rushing touchdowns. He completed his only pass of the game on a 53-yard touchdown pass to Cade Mintz, freshman wide receiver, who caught 4 passes for 121 yards and two touchdowns.

Tye Mintz, Braves junior quarterback, completed 6 of 10 passes for 144 yards and one interception.  He also ran the ball 12 times for 48 yards.  Blake Smith, fresh from the Braves junior varsity team, ran four times for 24 yards and caught one pass for 12 yards.

Damion Blanton and Seth Smith led the Braves defensively with 10 tackles apiece.  They were followed by Will Davis with 8 and Joaquin Layno and Isaiah Armachain with 7 each.  George Swayney had 5 tackles and one fumble recovery, and Blake Smith had four tackles and an interception.

Mitchell McGaha led Andrews with 5 tackles on the night followed by Drew Pyle, Dillan Phillips, and Pierce Christensen with 4 each.  Offensive statistics were unavailable for the Wildcats. 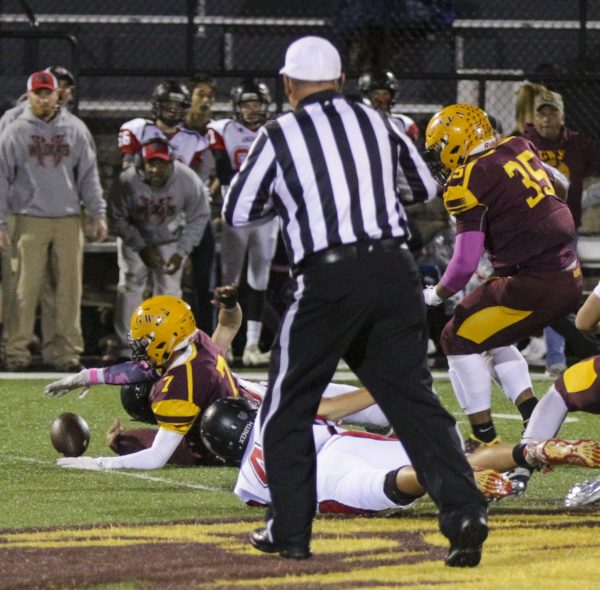 Despite the drizzly, damp conditions all night, both teams protected the ball well with each having two turnovers on the game.  The Braves had 25 first downs in the game, and the Wildcats had 21.

Both teams started out slowly, and at the end of the first quarter, the scoreboard was blank.  Midway through the second, the Braves got a drive going, and Evans got his first score of the game at the 6:07 mark on a 2-yard up-the-gut run.  The point-after failed and Cherokee led 6-0.

The Mintz brothers connected on a 10-yard touchdown pass with 43 seconds left in the half, and Cherokee converted their two-point play to take a 14-0 lead into the locker room at halftime.

Evans took over in the third quarter scoring on a 6-yard run and then hitting Cade Mintz on their 53-yard touchdown bomb, and the Braves led 28-0 after three.

The Braves pitched a shutout for three-and-a-half quarters, but the Wildcats got on the board with 6:36 left in the game one a 17-yard run by Phillips. Five minutes later, Andrews would score again as Phillips connected with #20 (not on roster) on a 31-yard touchdown pass.  The Wildcats missed both extra points, and Cherokee took the win 34-12.

To view or purchase photos from this game, visit: https://onefeather.smugmug.com/SPORTS/FOOTBALL/BRAVES-FOOTBALL-2016/Vs-Andrews-October-21/i-K4fkPZt

Cherokee hits the road to Robbinsville for their next game on Friday, Oct. 28.