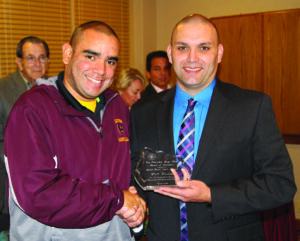 The Cherokee Boys Club Board of Directors is now accepting nominations for the 30th Annual Frell Owl Award.  Nominees should be those who have significantly contributed to the welfare of Cherokee children and families in ways other than those required by their employment.

A letter of nomination must include the person’s name, address, employer, nominator’s name and phone number, and a one-page narrative of the nominee’s work with Cherokee children and families.  Additional information may be included such as newspaper articles, photos, support letters, etc.  Current Cherokee Boys Club Board members are exempt from nomination.