MURPHY – Cherokee County Sheriff Derrick Palmer announced that during a joint investigation with the Cherokee Indian Police Department on Friday, Oct. 7 that Matthew Crackle, 32, and Alison Hope, 23, both of Cleveland Tenn., were arrested for violations of controlled substance laws.

At about 2am on Oct. 7, a Cherokee Tribal Officer requested assistance at Harrah’s Cherokee Valley River Casino located in Cherokee County.  Patrol and Narcotics officers with the Cherokee County Sheriff’s Office responded to the call for assistance. During the investigation, a large quantity of controlled substances and a handgun were found in the vehicle occupied by Crackle and Simpson. Both were detained and taken to the Cherokee County Detention Center. 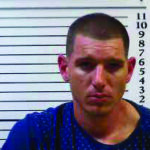 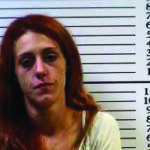 Sheriff Palmer stated “This was a great team effort in getting a large quantity of drugs off the street. We are always glad to assist our tribal neighbors. Again, we see the disregard these folks have in mixing drugs and guns a very dangerous combination.”