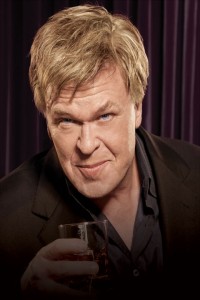 Comedian Ron “Tater Salad” White is best known as the cigar smoking, scotch drinking funnyman from the “Blue Collar Comedy” phenomenon. But with two Grammy nominations, a Gold Record, three of the top rated one-hour TV specials in Comedy Central history, a book that appeared on the New York Times Best Seller List, and CD and DVD sales of over 10 Million units, Ron has established himself as a star in his own right. Over the past 5 years he has been one of the top 3 grossing comedians on tour in the United States.