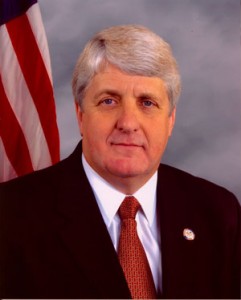 When asked about the Native American artifacts at the Basin and Range National Monument site in Nevada, including cave paintings, he said, “Ah, bull crap.  That’s not an antiquity.”

Ranking Member Raul M. Grijalva (D-Ariz.) released the following statement in response, “The natural and cultural resources protected by these designations are, in fact, antiques; species and trees and rocks and cave paintings and beautiful landscapes are all quite old.  We want them to remain antique.  House Republicans want them to become extinct.”