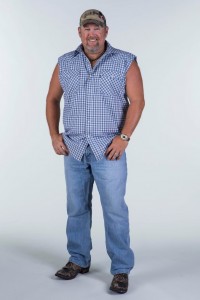 Larry the Cable Guy is set to play two shows at Harrah’s Cherokee Casino Resort Event Center on Friday, Sept. 25 at 7:30pm and 9:30pm. Both shows are open to those 18 and older.

Larry the Cable Guy is a multi-platinum recording artist, Grammy nominee, Billboard award winner and one of the top comedians in the country. He has his own line of merchandise and continues to sell out theaters and arenas across the United States.

In addition to stand-up, Larry has starred in multiple films and is the voice of the beloved Mater in the Golden Globe winning animated feature film Cars (2006) and Cars 2 (2011) from Disney/Pixar. Both movies opened number one at the box office and combined have grossed more than 1 billion dollars worldwide.

Larry has created The Git-R-Done Foundation, which was named after Larry’s signature catchphrase, and has donated more than 7 million dollars to various charities.