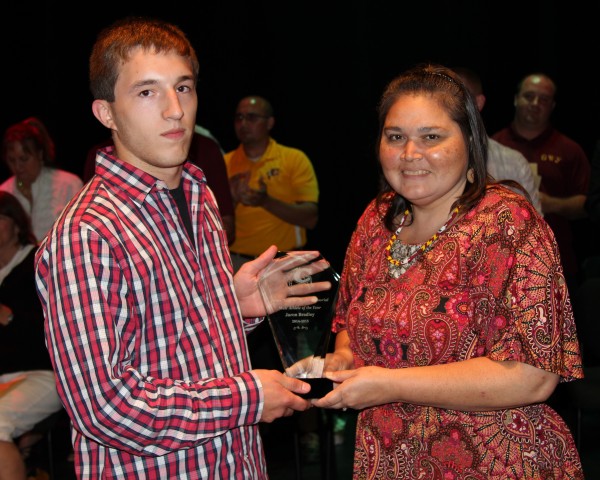 Bradley was on the varsity Braves wrestling team and took second place in the NCHSAA 1A State Wrestling Tournament.  He was also a standout member of the 2014 Braves football team.  Toineeta, who is headed to Lenoir-Rhyne College on a full basketball scholarship, led the Lady Braves basketball team to its fourth straight Sectional Championship, another trip the NCHSAA 1A Regional Basketball Tournament, and set a new scoring record at CHS. She also excelled on the varsity girls Cross Country and Track and Field teams.

Shawn Crowe, emcee for the evening, thanked the community and families for their involvement in the programs this past year, “All of you have a part in these athlete’s achievements, especially the parents.” 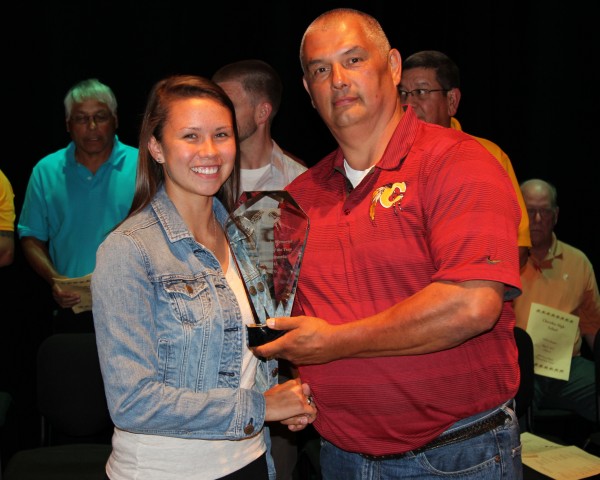 A full listing of awards is as follows: