BOOK REVIEW:  “The Queerness of Native American Literature” is a scholarly look at the genre 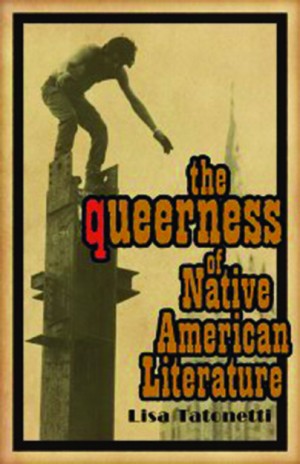 Lisa Tatonetti’s “The Queerness of Native American Literature” is the result of her research into the relationships between the late twentieth century literary renaissances encompassing both Native American literature and gay literature. Unshelving works from the seventies and beyond, both obscure and well-known, she shows how closely knit the two literary genres are, arguing that the Two-Spirit element has always been part of Indigenous American cultures and subsequently, the literature. She further supports her view by going beyond what has been written, reviewing oral histories of a variety of nations as well.

This new focus, she asserts, will not only provide new avenues for scholarly engagement of the body of literature but also strengthen decolonization efforts.

Tatonetti is an associate professor of English at Kansas State University. She also coedits “Sovereign Erotics: A Collection of Two-Spirit Literature.” Her work in “The Queerness of Native American Literature” will be of interest to literary scholars, particularly those who study Indigenous literature, and perhaps to avid readers or film buffs of Native works as well. The casual reader, however, should note that it is in no way light reading or of an entertaining nature.