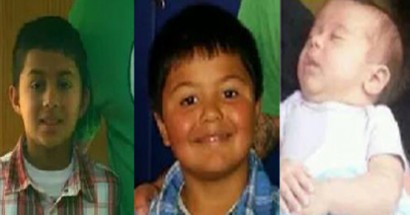 The investigation in the matter of Shira Raman Mattocks and the three children she has with her is still on-going according to the EBCI Public Safety Office. This case has been going since November 2014 when civil complaints for custody of the minor children were drawn up in August 2014 for the younger, of the three children by the father and in November 2014 for the older two boys. Also, by their respective father.

The Cherokee Indian Police Department has been working diligently on gathering leads to their whereabouts.  They have searched out persons of interest in North Carolina and have went to Tennessee on possible leads that were a dead-end. The investigator in charge of this case said there are mixed feelings from the public on whether or not they agree or disagree with the Tribal Court findings for custody of the three children. This has caused the investigation to slow; however, that does not mean the search stops for them. Cherokee Indian Police Department continues to find new leads for their whereabouts. They are asking for the public to contact the CIPD or the EBCI Public Safety Communication Center with any information regarding the whereabouts of Shira Raman Mattocks, her mother Teresa Arneach-Lovin and the three minor children.

An Amber Alert was rejected for this case due to the complaints remaining in a Civil Court Status and not meeting the NC Amber Alert criteria. The FBI and US Marshal Service also declined due to the civil status of this case. It was cited there was no felony level status, in part because the Tribal Court system does not have felony charges within in its jurisdictional guidelines.

A Civil Process must be served for the actual custody of the minor children to their respective custodial parents, in this case, the children’s fathers. However, until the Civil Process is served by a law enforcement officer, the mother has parental rights until they are officially taken away.

There is certain criteria that must be met before an Amber Alert can be used.

All of the following statutory criteria (GS §143B-499.7) must be met before the NC Center for Missing Persons will activate an AMBER Alert.

The North Carolina Center for Missing Persons is the only agency that can activate an AMBER Alert and will do so only at the request of an investigating law enforcement agency. It is then the responsibility of the Center to determine whether there is sufficient identifying data to justify AMBER Alert activation. For instance, there must be sufficient descriptive data on the child, abductor and/or abductor’s vehicle for the public to be on the lookout for something. It does no good to activate an AMBER Alert if sufficient information can’t be provided to the public.

If the abduction of the child is known or suspected to be by a parent of the child, the Center may disseminate information through the AMBER Alert System if the child is believed to be in danger of injury or death.

The EBCI does have access of the NC Amber Alert criteria and must abide by the state’s guidelines when a case arises that might meet the guideline criteria.

The Cherokee Indian Police Department can be contacted through the EBCI Public Safety Communication Center at 828-497-4131. Information can also be given to email address larrjenk@nc-cherokee.com.