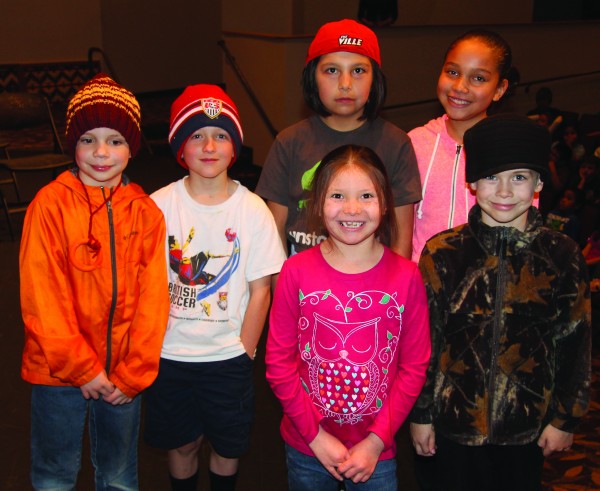 According to the National Center for Education Statistics, 27.8 percent of American students reported being bullied in school in 2013.  Cherokee Elementary School is taking measures to educate students about the dangers of bullying and what to do if one is being bullied.

The school kicked off an anti-bullying week with a “Braves Don’t Bully” rally held on Monday, March 30 in the Chief Joyce Dugan Cultural Arts Center.

“If you follow the Sacred Path, you will not be a bully,” said Nina Yeargin, Cherokee Elementary School counselor who helped organize Monday’s event. 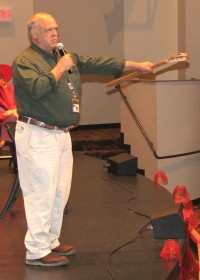 As part of the “Braves Don’t Bully” rally, Cherokee storyteller Freeman Owle tells the story of the Ballgame between the Animals and the Birds to Cherokee Elementary School students on Monday, March 30.

Cherokee storyteller Freeman Owle started the event by telling the students the story of the Ballgame between the Animals and the Birds.  He told how the mouse, previously bullied by the bear and not allowed to play for the animal team, remained strong and ended up winning the game for the birds.

“Brave is what you are,” said Owle.  “Bullies are not brave because bullies only pick on those smaller than they are.”

He implored, “Do not hurt someone smaller than you because they come from families who love them and don’t want to see them hurt.”

Cherokee Elementary School hosted an anti-bullying essay contest, and students had to address three key issues in their work including:

“There are kids that feel they need to bully for whatever reason, but we are on the Sacred Path and know we don’t need to bully,” said Cherokee Elementary Principal Paula Coker who also noted it is important for other students to work together to help protect those who are bullied.  “Please don’t be one of those children who just stands by and watches another child be bullied.”

The event ended with the students singing “Let It Grow” followed by them screaming loudly, “Braves don’t bully!”