Next phase of work on Newfound Gap Road begins in April 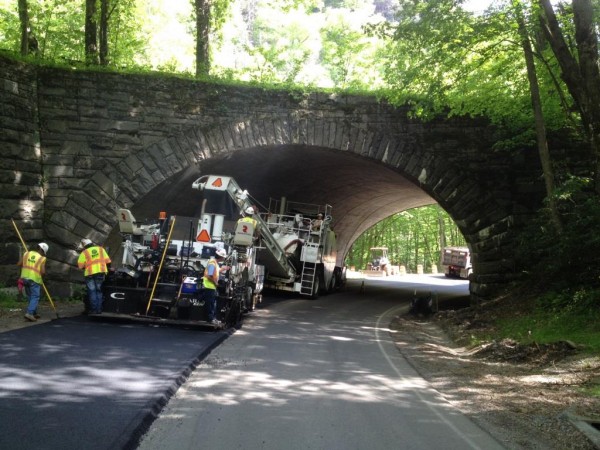 Great Smoky Mountains National Park officials announced that a project to repave 4.3 miles of Newfound Gap Road will begin on April 13. This work is part of a multi-phased rehabilitation project started in 2007. The section to be resurfaced extends from Sugarlands Visitor Center south to Chimney’s Picnic Area where the last phase ended.

This section of road was last repaved in the 1980s and is badly deteriorated. In addition to the repaving, several drainage culverts will be replaced and two retaining walls will be constructed near the Carlos Campbell Overlook. The contractor will temporarily shift the road to the west by 2 to 3 feet to accommodate a drill rig used for setting the structural parts of the retaining wall near the pullout just north of the main Carlos Campbell Overlook. This lower pullout will be closed for approximately two months while the retaining wall is being constructed, but the main, upper overlook will remain open. 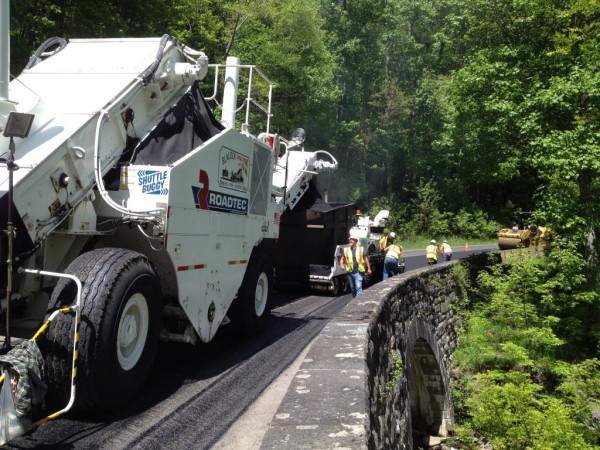 “The scenic drive along Newfound Gap Road is enjoyed by millions of people each year and we are pleased to have this opportunity to improve road conditions,” said Superintendent Cassius Cash. “We have made every effort to minimize the inconvenience to park visitors traveling along the road to reach both park destinations and our gateway communities. The contract includes a variety of work restrictions selected to minimize lane closures during the busiest periods.”

The work will be performed under a $ 14.4 million contract with Estes Brothers Construction of Jonesville, VA and will be administered by the Federal Highway Administration’s Eastern Federal Lands Highway Division. Funding is provided to the NPS through the Federal Lands Transportation Program to support this work.