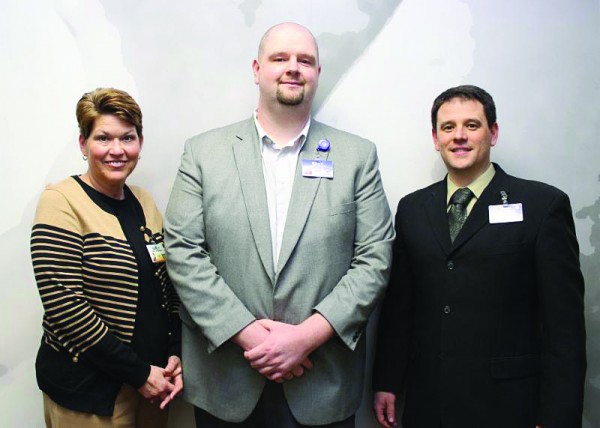 Joshua Vaught has been named director of operations for the new property. Vaught has held positions of increasing responsibilities within the Harrah’s Cherokee organization since 2004. He is a graduate of Appalachian State University with a bachelor’s of arts degree in economics and recently earned his master’s of business administration degree from Western Carolina University. Vaught is from, and currently resides in, Cherokee County with his wife and two young sons.

Billy Roland has been named Harrah’s Cherokee Valley River marketing operations manager. Roland began his career at Harrah’s Cherokee in 2003 as a VIP coordinator. He also spent more than two years as a motorcoach supervisor before accepting the Total Rewards manager position in 2006. In 2010, he added Transportation to his responsibilities, eventually transitioning into the Casino Services manager role which combined Total Rewards and the Events & Promotions department in 2013. These experiences have prepared Roland for this advancement opportunity. He graduated from Western Carolina University with a B.S.B.A, double majoring in marketing and management. He currently resides in Bryson City, with his wife, Lisa, and their 4-year-old daughter, Avery.

Nancy Rosenbury joins Harrah’s Cherokee Valley River as Human Resources manager. She comes to Valley River with a wealth of HR experience, most recently as director of recruitment, training and human resources administration in Tunica, Miss. Previously, Nancy held additional HR positions in Caesars Entertainment. She has also served as an executive committee board member for Ronald McDonald House of Memphis and is a SHRM National member and previous board member. She attended Valdosta State in Valdosta, Ga. Nancy and her husband, Mike, plan to make their permanent home in Murphy.

For more information about open positions, visit www.caesarsjobs.com or 497-8778.