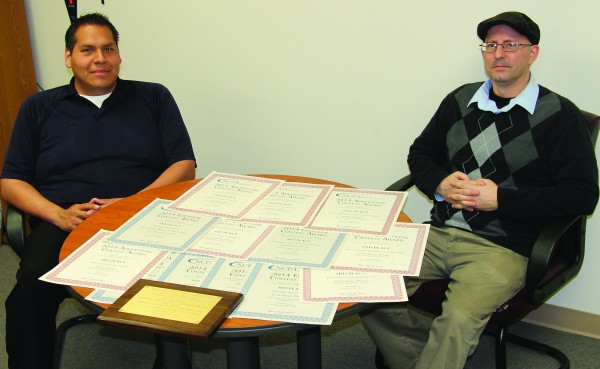 The Cherokee One Feather garnered a total of 14 awards at the 2014 North Carolina Press Association (NPCA) Editorial, Photojournalism, and Advertising Awards banquet held on Thursday, Feb. 26.  Reporter Scott McKie Brings Plenty won a total of nine awards and Advertising Sale Rep. Amble Smoker won five.  As a team, the two took second place in the Sports Coverage category for Division A.  Due to winter weather the day of the banquet, the two were unable to travel and the awards were sent to the paper this week.