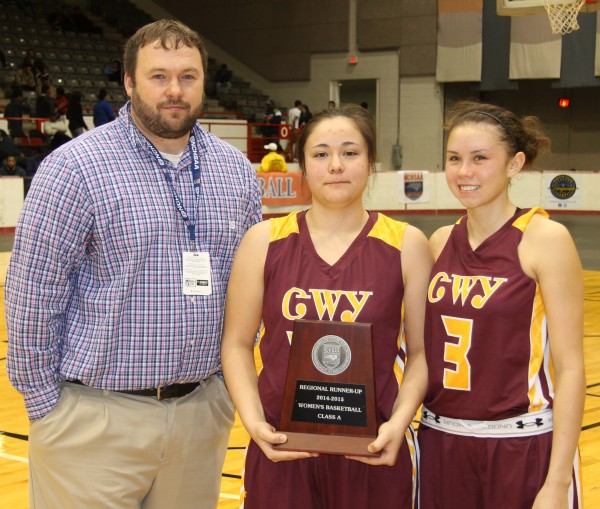 WINSTON-SALEM – The Cherokee Lady Braves (25-4) ended their season in the 1A West Regional Finals on Saturday, March 7 in Winston-Salem.  Cherokee took the Runner-Up plaque in the Region after losing to the Winston-Salem Prep Phoenix 63-34.

Lady Braves seniors Kendall Toineeta and Reagan Barnard were named to the All-Regional Tournament team for their play on Friday and Saturday.

After the game, Chris Mintz, Lady Braves head coach, reflected on the Lady Braves season.  “It was a really nice season.  The kids are great, and they did everything we asked them to do.  I was proud of them and their effort all year long.  To be able to get this far is a testament to them because we’re lacking size, and it is just hard to get here every year.”

In looking ahead, Coach Mintz related, “We’re losing a bunch of players in a good set of five seniors.  We have three freshmen that played a lot this year, and we have a middle school team that went 17-1 so we have some talent coming.” 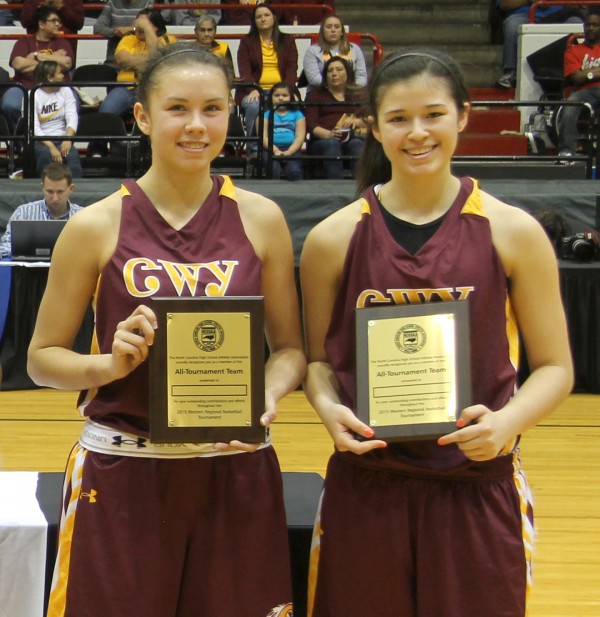 Cherokee fell behind early in Saturday’s Regional final.  Winston-Salem scored the first six points of the game.  Toineeta scored the first basket of the game for Cherokee at the 5:27 mark in the first.  She would finish the game with 11 points.  The Phoenix extended their lead to 13-3 at the 3:41 mark and ended up leading 29-5 at the end of the period.

The second period was much the same with Winston-Salem taking a 30-point (39-9) lead midway through.  They would go on to lead 52-16 at the half.

Not much happened on either side of the ball in the third period.  Neither team scored until the 2:53 mark, and Winston-Salem barely outscored Cherokee 5-4 for the period to take a 57-20 lead into the fourth.

The Lady Braves didn’t quit though and actually outscored the Phoenix 14-6 in the final eight minutes, but it was too much of a lead as Winston-Salem took the win 63-34.

To view or purchase photos from this game, visit: https://onefeather.smugmug.com/SPORTS/BASKETBALL/LADY-BRAVES-BASKETBALL-201415/Vs-Winston-Salem-Prep-Regional/ 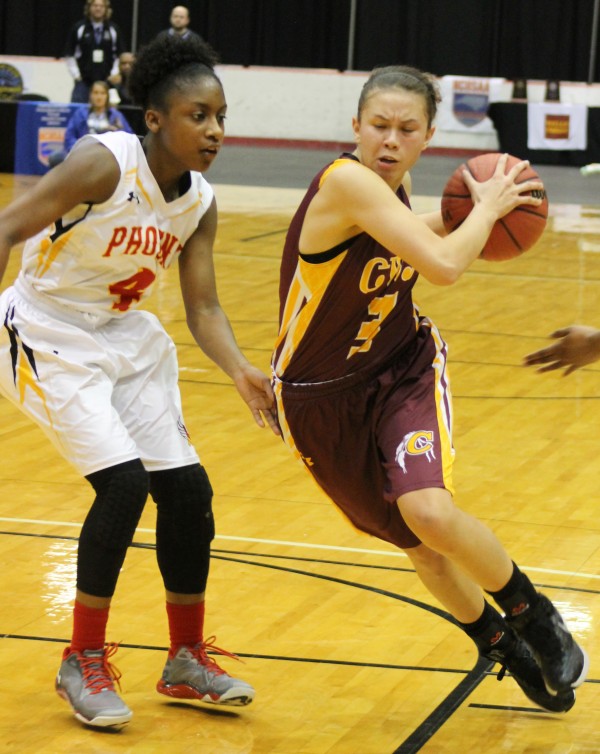 In her last game as a Lady Brave, Kendall Toineeta, senior point guard, drives past Winston-Salem Prep’s Jada Craig for a basket in the second half of Saturday’s 1A West Regional Final in Winston-Salem. Toineeta led Cherokee with 11 points.