BASKETBALL:  Toineeta pours in 36 as Lady Braves roll in semis 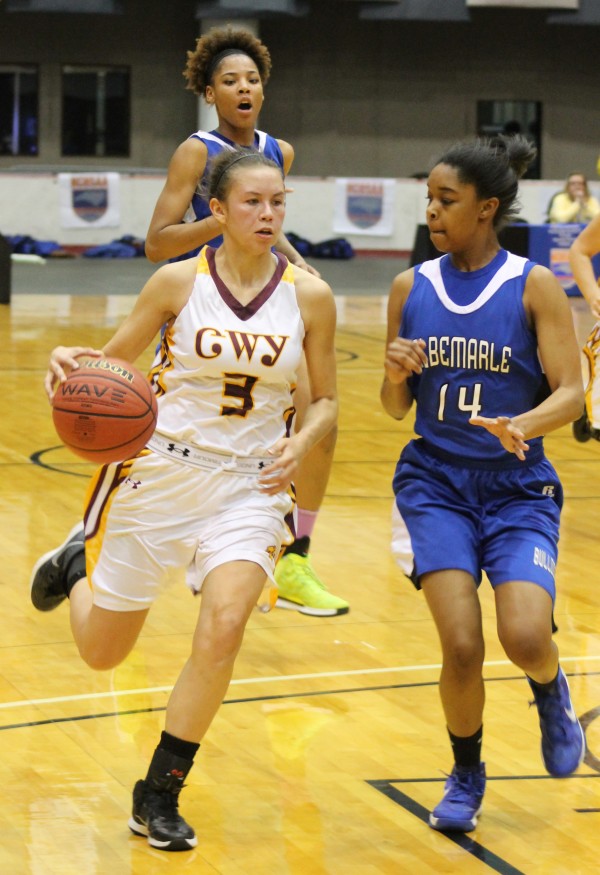 WINSTON- SALEM – Kendall Toineeta, Lady Braves senior point guard, is on a mission and she proved it Friday night.  She scored 36 points to lead Cherokee to a 66-53 win over the Albemarle Lady Bulldogs in the 1A West Regional semifinals.

“We felt really good with the way we played,” Toineeta said after the game.

With the win, the Lady Braves advance to the 1A West Regional finals on Saturday, March 7 against Winston-Salem Prep.  The game is set for the Winston-Salem Fairgrounds annex coliseum at 4pm.

“We focused on number 32 (Jadia Robinson – Albemarle’s leading scorer and defender),” said Chris Mintz, Lady Braves head coach.  “I think we did a pretty good job defending her.  I knew we weren’t going to hold her to no points, but we tried to hold her to at least 15 or so points and then try to make the other ones beat us.”

“Early on, we didn’t make the baskets that we needed to,” said Coach Mintz.  “It’s a tough arena to shoot in.  I thought we played hard, and we just kept the speed up.” 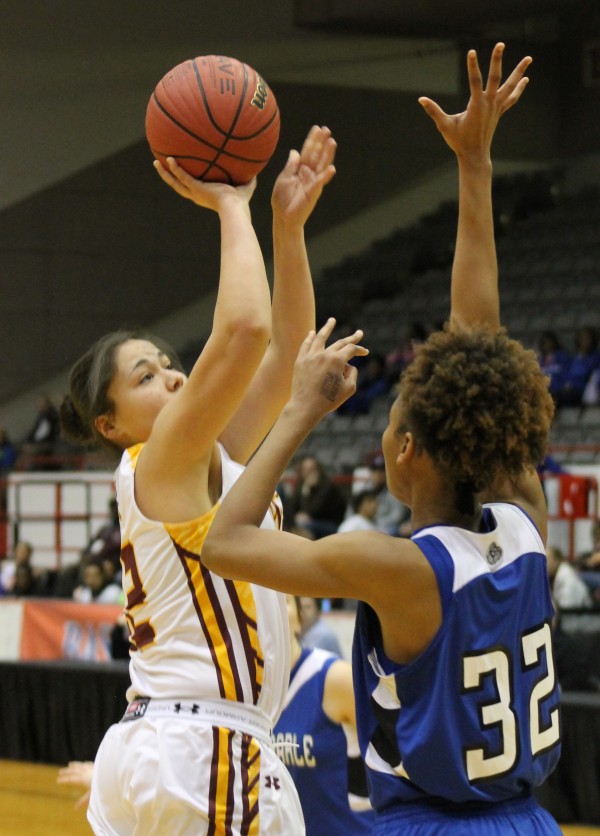 The game started slowly with both teams dealing with some nerves, but Cherokee took an early 5-4 lead about three minutes in.  It went back-and-forth for more of the first period, and the Lady Braves took a modest two-point lead (13-11) into the second period.

Both teams exchanged some early baskets in the second, and Albemarle pulled to within one (21-20) with 2:40 left in the half when Toineeta converted on a traditional three-point play to make it 24-20.  Cherokee ended up taking a 30-24 lead into the locker room.

Coach Mintz told his team at halftime to relax and focus on their shots.  “I told them to not just throw the ball up for three every time.  Let’s get some layups and short baskets.  We told them at halftime that we wanted to get some easier shots and get into a rhythm, and then we’ll start shooting the threes like we normally do.”

His advice worked, and the Lady Braves moved the ball around much better in the third.  By the midway point of the third, Cherokee had pulled ahead by 10 points (40-30), and they extended that lead to 15 (51-36) by the end.

To view or purchase photos from this game, visit: https://onefeather.smugmug.com/SPORTS/BASKETBALL/LADY-BRAVES-BASKETBALL-201415/Vs-Albemarle-Regional-Semis-3/